Kingston adds 4GB and 8GB to its DataTraveler 2000 USB lineup

Kingston adds 4GB and 8GB to its DataTraveler 2000 USB lineup

Flash memory manufacturer Kingston has announced that it has added 4GB and 8GB capacity sizes to its DataTraveler 2000 series. 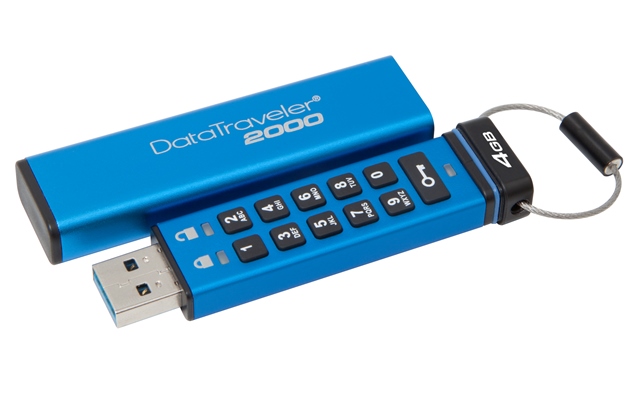 The smaller capacities join the encrypted flash drive group’s existing 16GB, 32GB, and 64GB models, and all of them are FIPS-197 certified. This product series is designed for more secure data protection in a USB flash drive as well as easily deployable in multiple-device OS environments.

The DataTraveler 2000 offers 256-bit AES hardware-based encryption and PIN protection with access through an onboard alphanumeric keypad and is compatible with any device with a USB 2.0 or USB 3.1 Gen 1 port.

“Lower capacity drives limit the amount of data that can be copied off a network, making it more difficult for large amounts of sensitive data to be transferred to unauthorized parties in the event the drive gets lost or falls into the wrong hands,” Kingston said in a statement. “Since most data leaks are the result of employees or others who have authorized access to an organization’s network, the less data that can be copied, the less that can be leaked.”

The DataTraveler 2000 also has a full drive reset, a feature in which the existing data is deleted and a new password is required. This occurs after ten invalid login attempts to lessen a brute force intrusion. In addition, an auto-lock feature is activated when the drive is removed from the host device even if not properly shut down before ejection.

With the addition of 4GB and 8GB models to the DataTraveler 2000 line, Kingston now boasts a broad range of solutions designed for the highest levels of government use to enterprises and organizations of all sizes like the IronKey S1000, IronKey D300, and the DataTraveler Vault Privacy.