With less than two days away from the official launch event in London, more leaks on the Samsung Galaxy S III begun to trickle in, with the latest from a South Korean screen manufacturer, Colorant.

According to Android Community, the screen protector gives an inkling of the official size, shape, and design for the Samsung's upcoming flagship phone. Unwired HK posted several photos of the screen guard on different phones including the HTC One X and Samsung Galaxy S II.

Based on the comparisons, it seems that the screen protector is tailored for a display size of 4.8-inch, a chassis that is slightly longer and has a dedicated menu button lower than the touch sensitive buttons on the HTC One X. 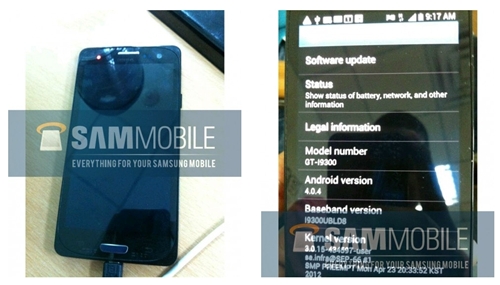 This matches an earlier leak by SamMobile, a dedicated Samsung site which has two photos of what seems to be the Galaxy S III. If you look at the shape of the menu button and overall design of the device, the Colorant screen protector appears to be a good fit for it.

In addition, the device has the model number, GT-I9300, runs on Android 4.0.4, and is equipped with a 12-megapixel rear camera. SamMobile's source also learnt that Samsung will be launching another device with the model number GT-I9800.

Well, you will soon find out what's true and what's not as we will be there in London to cover the launch event. If you want to know more about the media buzz around the Samsung Galaxy S III, do check out our round-up article here.

Previous Story
Inform Your Friends You're An Organ Donor on Facebook
Next Story
RIM Developers Guaranteed $10,000 for Their "Certified" Blackberry 10 Apps in the First Year