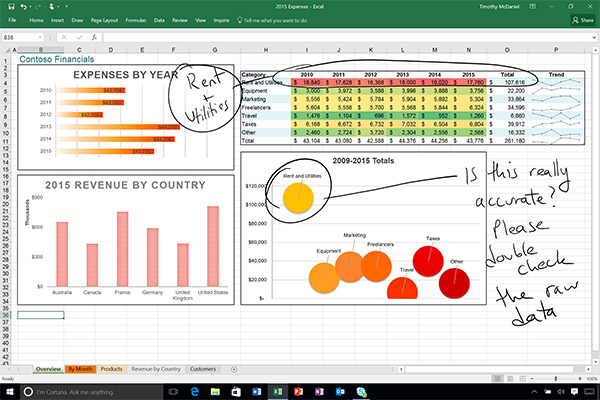 Microsoft’s Office apps are some of the earliest apps to be ready for the iPad Pro. And today, the company has updated them (Word, Excel, PowerPoint, OneNote) with new tools that will significantly benefit users who do inking on their tablets, especially those who work with the Apple Pencil on the iPad Pro.

One of the new additions in the Office for iPad apps is a ‘Draw’ tab in the Office ribbon at the top; which, hopefully, makes the various inking tools easier to find. The Office apps can now sense the approach of an active pen, like the Apple Pencil, so you can start to write instantly, without the need to pause and tap on a feature or control first. This is a feature that’s also on Office on Windows desktops. You can also now transform hand-drawn shapes (e.g., Venn diagram, squares and arrows) to perfect looking shapes using an ink to shape feature. 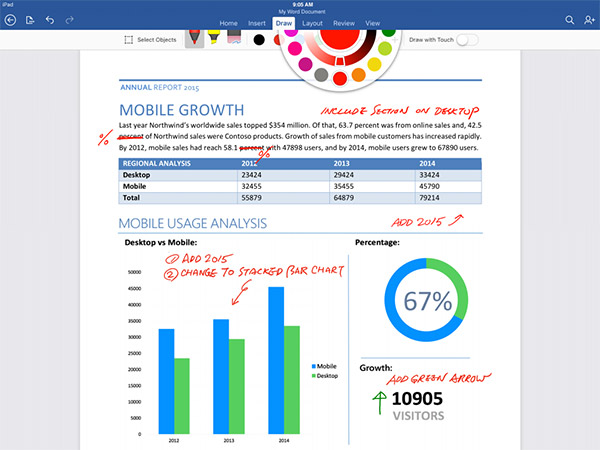 In addition, Morph, a tool for creating cinematic motion by seamlessly animating between your slides, is now available in PowerPoint for iPhone, iPad, and iPad Pro. Office Insiders on Android devices will be able to try both PowerPoint Designer and Morph in the next preview build.

While today’s announcements focused on the iPad and iPad Pro, Office users on other platforms can also expect new updates in the coming weeks. Here's a summary of what to expect: