It could be another six months before Apple announces the next generation iPhone, but one accessory maker is apparently taking no chances and started producing cases for the smartphone. @OnLeaks revealed on Twitter several photos of the plastic case which is said to be designed for the iPhone 7. The cutouts for the case appears to confirm some of the earlier rumors about the iPhone 7; there appears to be no cutout for a 3.5mm headphone jack. There are also two speakers cutouts flanking the one for the Lightning port.

The power button and volume controls are located at the same places as the iPhone 6 family. What's interesting is the cutout for the rear camera, which seems to be bigger to accommodate a larger rear camera or perhaps, a dual-lens design. 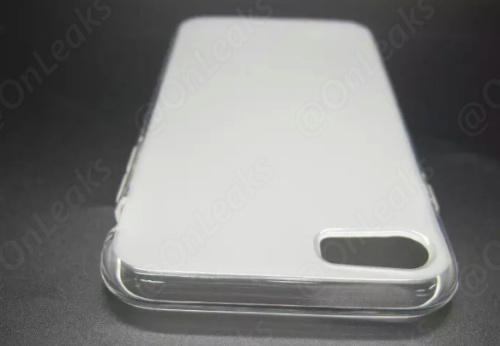 Apple is expected to announce the iPhone 7 and 7 Plus in September. Other rumored specs include noise-canceling technology, wireless charging, a cleaner design with a flushed rear camera and no antenna lines, a bigger battery and a 256GB storage option.