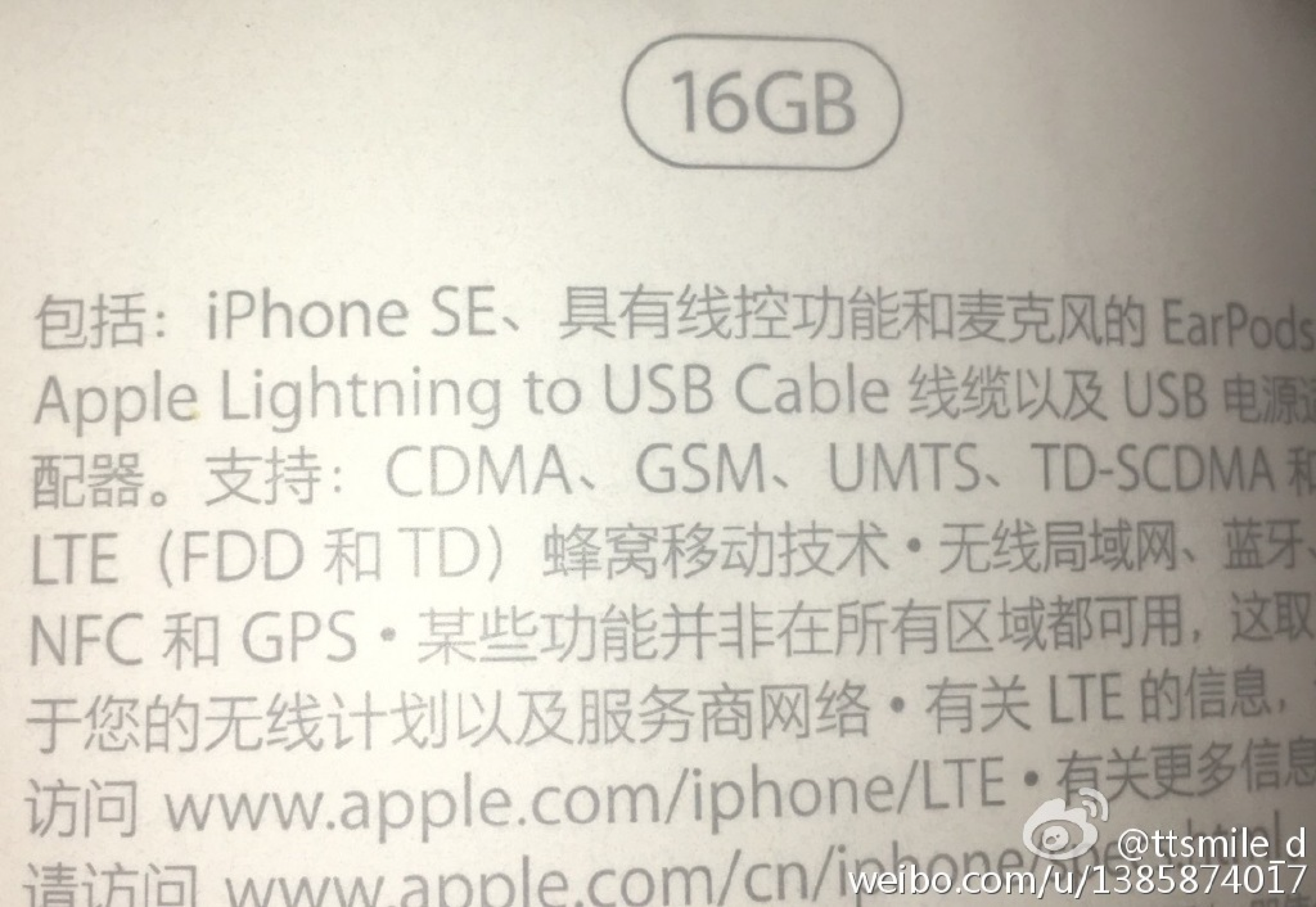 A photo showing the packaging of the Apple iPhone due for 21 March 2016 launch was uploaded to Chinese social media site Weibo by one of its users, and it revealed a few more details about the upcoming device. It appears that the photo looks like the specifications found on the packaging of Apple smartphones, which lists the available connectivity support for the device.

From the photo, it’s clear that the name “iPhone SE” would be here to stay, and the phone will come with its usual set of accessories which includes the Apple Lightning to USB cable and the earpiece handset. The picture showed that the iPhone SE will come with NFC compatibility – a feature important for Apple Pay to work with iPhones.

The alleged packaging leak also showed that the iPhone SE will come in 16GB variants, but it’s not clear if 16GB is the only model type available for the 4-inch phone. A 16GB phone is generally insufficient for most phone users who install a wide range of apps, and iPhones have never allowed for physical external storage options to alleviate storage woes.