Leak: New AMD Zen CPU will feature up to 32 cores in a pair of 16-core modules!

Leak: New AMD Zen CPU will feature up to 32 cores in a pair of 16-core modules! 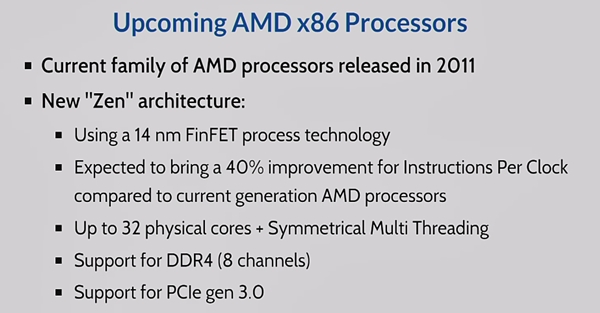 At the recent CERN IT Technical Forum presentation, The Tech Report spotted a CERN engineer accidentally revealing some hardware specifications of the AMD Zen processor. A screen grab of the presentation slides revealed the new AMD Zen CPU processor will feature up to 32 physical cores and support Symmetrical MultiThreading (SMT). This is AMD’s answer to Intel’s HyperThreading technology. 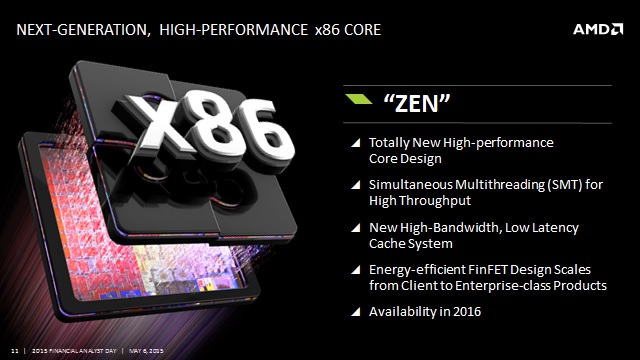 As for the rest of the information, like its fabrication process to its support for DDR4 is old news. The engineers who revealed the details were delivering their presentation titled “Technology and Market Trends for the Data Center”. A video of their talk can be found here, and the slide was revealed about 12 minutes into the video recording of their presentation, which is just over an hour long.