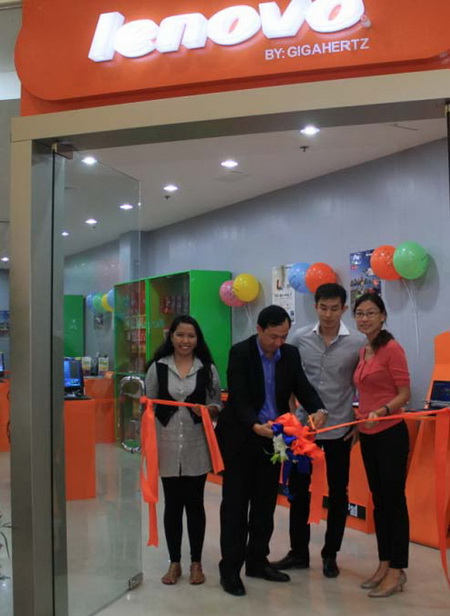 MANILA, PHILIPPINES - Davao and Pampanga are vital economic engines for the country. Davao, the largest city in Mindanao, is a hub for business, tourism and investment in the south while Pampanga is known not only as a tourism center but as a manufacturing and business process outsourcing center in Central Luzon. The two newly opened concept stores will further build on Lenovo’s commitment to expand its retail presence in the country specifically outside Metro Manila, bringing the company's total number of concept stores to 14 nationwide.

Vicky Agorrilla, Country General Manager, Lenovo Philippines said: “Nowadays, demand is fueled by the boom in the provincial areas, and we believe that PC penetration in the provinces remains largely untapped. According to the Philippine Consumer Electronics Report Q2 2011[1], future demand will be driven by growth areas outside Manila. Our commitment is to continue to expand our retail presence nationwide to give customers a chance to see what Lenovo has to offer."

The LES in Abreeza Mall is located on the 3rd Floor A in J.P. Laurel Avenue, Bajada, Davao City. It is managed and operated by Silicon Valley, one of Lenovo's trusted business partners who currently manage four other Lenovo concept stores in the country.

The LES in Pampanga is located on the 1st Floor Cyberzone Building 2 at the SM City Pampanga, City of San Fernando, Pampanga. It is managed and operated by Gigahertz Computer Systems, Lenovo’s retail partner in the Philippines.