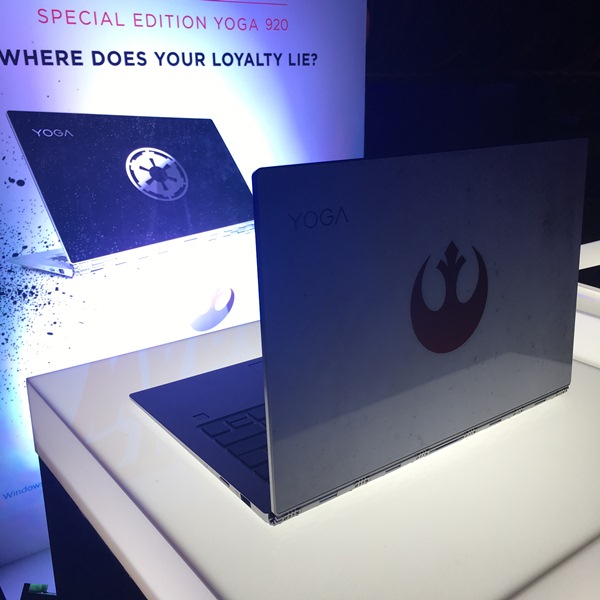 “As a proud pioneer of the 2-in-1 convertible laptop, we are excited to introduce the latest member of our award-winning Yoga Family series to customers and Star Wars fans in the Philippines in time for Christmas,” said Michael Ngan, Lenovo Philippines Country General Manager. “Our Star Wars Special Edition Yoga 920, which comes with a personalized design and immersive experience, is a testament of Lenovo’s vision in customer centricity. This ultimate device will be a wonderful fit for those who want to stand out from the crowd, yet also value productivity and flexibility.” 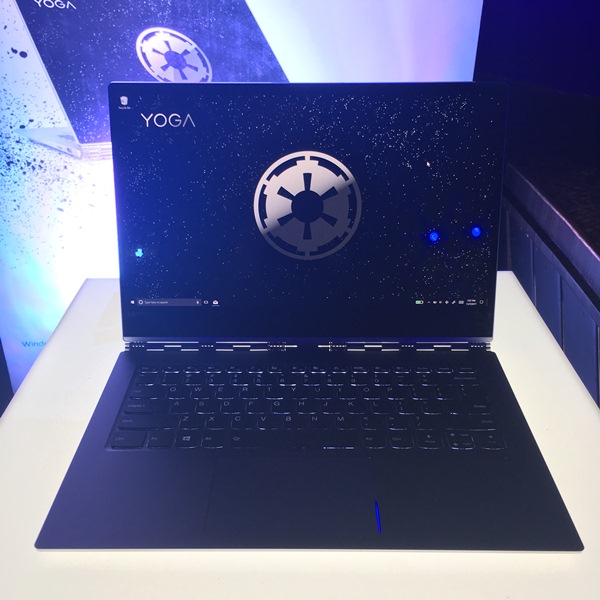 With lid covers etched with the logos of the two renowned factions in the Star Wars universe, only less than 100 units of Lenovo's Star Wars Special Edition Yoga 920 will be available in the Philippines. The limited edition convertible laptop maintains the key elements of the original Lenovo Yoga 920, featuring a 13.9-inch UHD touchscreen and a keyboard-equipped body joined together by a watchband hinge. The hinge's mechanism allows the Yoga 920 to be transformed from being a typical laptop into three other modes: tablet, tent, and stand.

Inside, the Yoga 920 is available in processor choices of up to 8th Generation Intel Core i7, 8GB memory, and 512GB storage. Running on Windows 10 OS, the convertible is equipped with two Thunderbolt 3 connectors, integrated fingerprint reader for security, and comes with a Lenovo Active Pen 2 which offers pen-on-paper precision. The entire unit weighs 1.37kg.