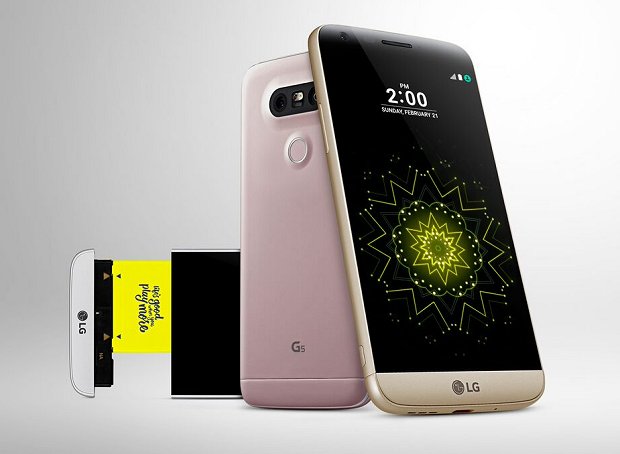 After much teasing of its new features, the LG G5 finally launched at MWC 2016 in Barcelona with quite a big bang and some headline features that are enabled by its modular Magic Slot such as a quick slide out battery, an add-on camera module with battery and a pro-class Hi-Fi DAC. There's a lot more highlights such as its twin rear cameras, and always-on main screen and a host of companion devices to amp up the LG G5's capabilities. 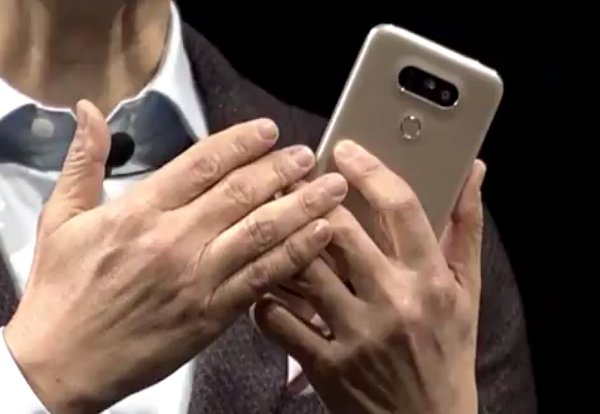 It seems like most of the leaks we've reported are fairly accurate, pretty much confirming that the LG G5 sports an all metal uni-body design with volume controls on the side. LG today further revealed and confirmed that the LG G5 is constructed from an aluminium body with a "Magic Slot" that will allows for a slide-out battery to quickly swap out a depleted unit for a fully charged one in seconds. 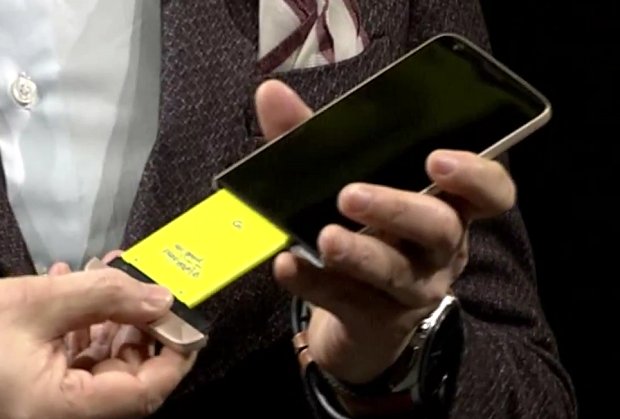 LG has taken advantage of the modular nature of the battery module to further expand on the phone's capabilities and the first two are the LG CAM Plus module and the LG Hi-Fi Plus with B&O Play. Again, these were also leaked previously, so it didn't actually catch us by surprise.

The LG CAM Plus module essentially offers enhanced photo taking capabilities through a comfortable grip to emulate a traditional standalone camera. The enlarged handling grip also offer physical buttons for power, shutter, record, zoom and LED indicators in addition to intuitive focus control and exposure lock - features that you are usually found on standalone cameras. This camera module also comes with an extra 1,200mAh of juice to complement the phone's standard 2,800mAh battery pack - that's a total capacity of 4,000mAh to allow for longer shooting time. 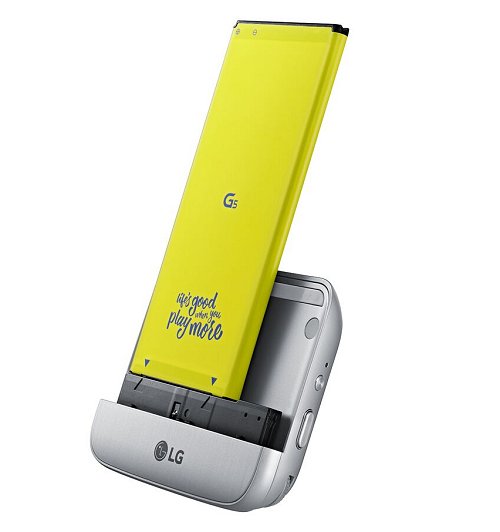 On the other hand, the LG Hi-Fi Plus with B&O Play is a collaborative development with B&O to meet the needs of audiophiles with this portable Hi-Fi DAC. The 32-bit Hi-Fi DAC upsampling technology is the same as that first introduced on the recent LG V10 smartphone and it now supports 32-bit 384KHz high definition audio playback. When you don't intend to use it with the LG G5, the Hi-Fi Plus with B&O Play can used as standalone Hi-Fi DAC to any other device or PC. 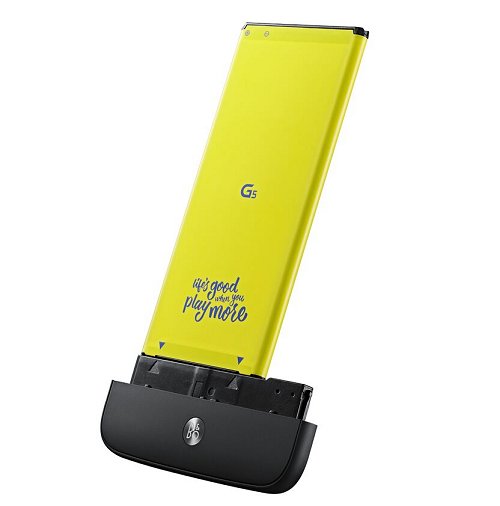 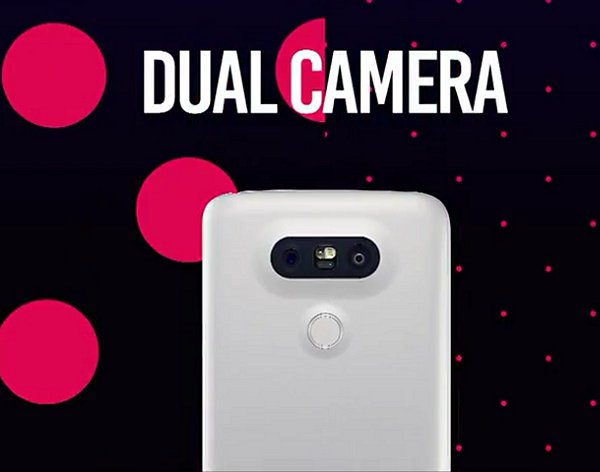 The LG G5 takes off where the V10 left. While the V10 featured dual selfie cameras, the G5 offers dual rear cameras, one with a standard 78-dergree lens and the other with a 135-degree wide angle lens that 1.7 times wider than existing smartphones and more importantly, 15 degrees wider than the human eye's field of view. That means you can capture exactly what you see.

The main camera is the same 16MP camera with OIS that was featured on the LG V10, while the new wide-angle lens is an 8MP camera. The single front camera uses an 8MP sensor similar to the G4. 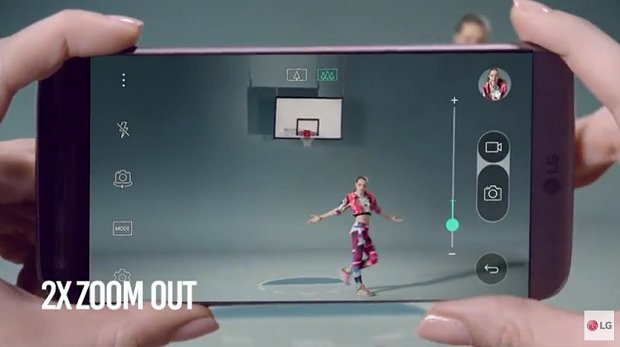 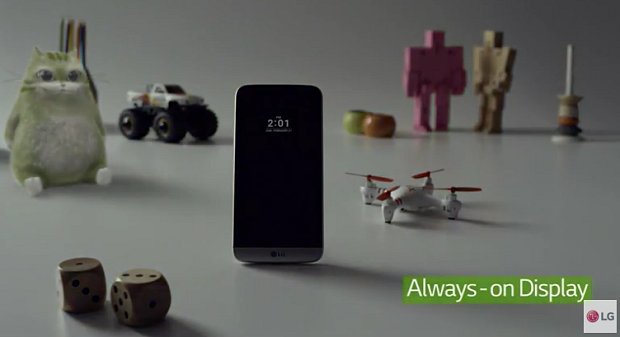 Unlike the V10 that offered a secondary screen for always-on information (time, notifications and other key info), the G5's main display will now support this function.

To minimize power consumption, LG redesigned the display driver IC memory and power management function so that the display’s backlight only illuminates one small part of the overall display. Thanks to this technology, the always-on display requires only 0.8 percent of the battery’s full capacity per hour to operate.

While that sounds like a menial amount, a quick math check would park a full day battery consumption a little more than 19%. That's a actually quite a bit of power drain and probably a lot more than what people would expect to trade off for an always-on screen. As such, we're not quite sure if it would play out to the phone's benefit until we test it ourselves.

Check out the key specs and LG G5's companion devices on the next page!