LG Display has developed the world’s first 8K OLED display in a whopping screen size of 88-inch, and it will be one of the main highlight’s of LG Display’s booth at the Consumer Electronics Show (CES) 2018 next week in Las Vegas.

The said television boasts a resolution of 7680 x 4320 with 33 million pixels which is 16 times higher than FHD and four times more than UHD. 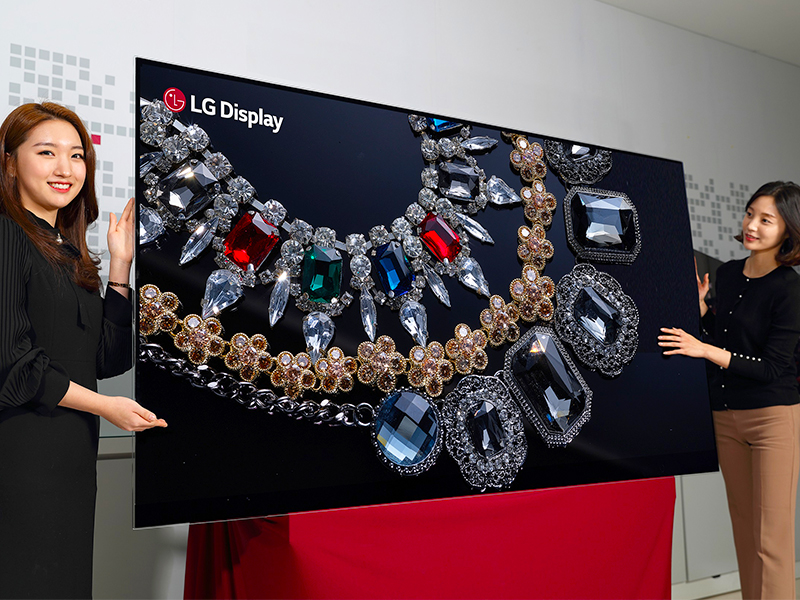 “The successful development of the world’s first 8K OLED display is a milestone for the 8K era and underscores the exciting potential of OLED,” said In-Byung Kang, Executive Vice President and Chief Technology Officer at LG Display. “OLED is clearly a next-generation technology leader and for this reason, LG Display is accelerating its research and development into OLED so that we can provide differentiated products to customers and markets.”

According to LG Display, the company has achieved a high resolution of 8K without compromising brightness. This is done by reducing the size of each pixel and aperture ratio. Since OLED TVs do not need a backlight, this 88-inch 8K OLED TV is another addition to LG’s slim high-end portfolio of televisions.