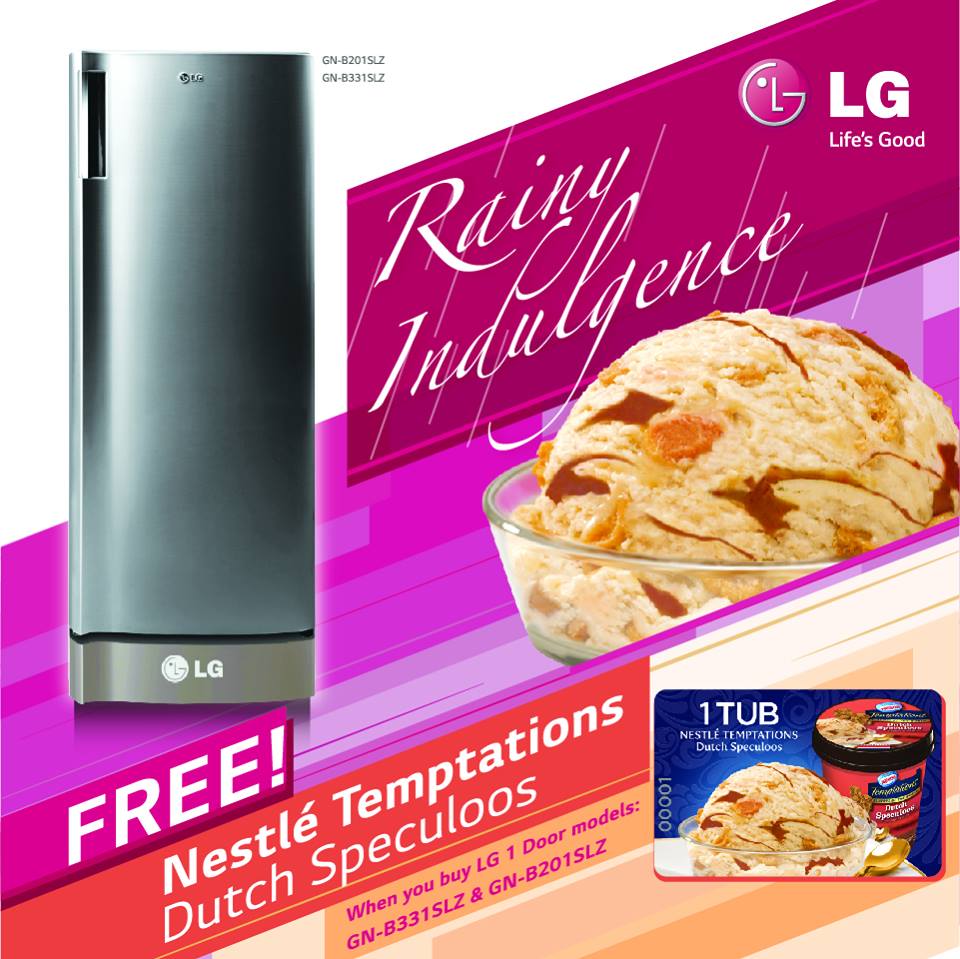 LG Philippines has a cool, sweet way to entice more consumers to buy an LG Ever Cool Single Door refrigerator. For every purchase of the said model, buyers will receive a voucher for a free 800ml tub of Nestle Temptations Flavors of the World Speculoos ice cream. Buyers may claim the ice cream in select Mercury Drug branches. The promo runs until August 15, 2014. 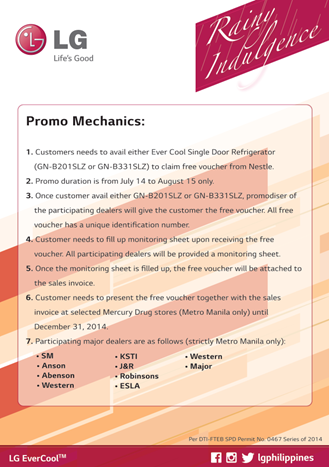 The LG Ever Cool Single Door refrigerator is available in 6- and 7-cubic feet variants. It primarily features LG’s Power Cut EverCool technology which enables it to retain its cool internal temperature for up to nine hours during a power outage. This refrigerator also consists of different sections and features for organized food storage, such as Bigger Freezer, Tempered Glass Shelves, and Stand Base.