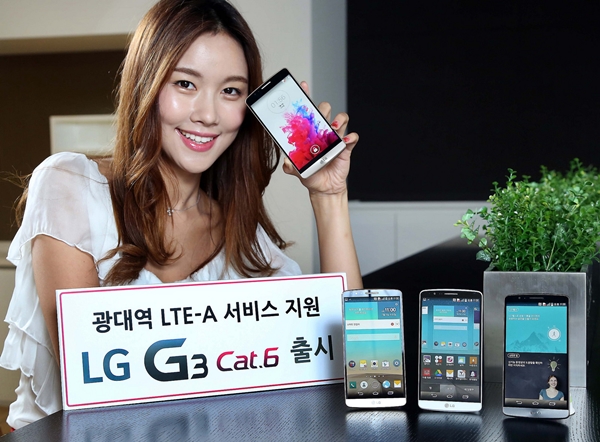 Samsung and its Galaxy S5 LTE-A will have some tough competition in its home market in two days when a more powerful LG G3 variant becomes available.

Known as the LG G3 LTE-A, the 5.5-inch smartphone comes with the latest Qualcomm Snapdragon 805 quad-core 2.5GHz processor with the 4th generation Gobi MDM9x35 LTE modem that can support LTE CAT 6 speeds of up to 225Mbps.

Apart from the newer processor and support for faster LTE speeds, the G3 LTE-A has similar specs as the G3 which include a Quad-HD (2560 x 1440 pixels) display, 3GB RAM, and the laser autofocus feature on its 13-megapixel rear camera.

The G3 LTE-A will go on sale in the South Korean market on July 25 although it is not known at press time whether it will be available in other markets.