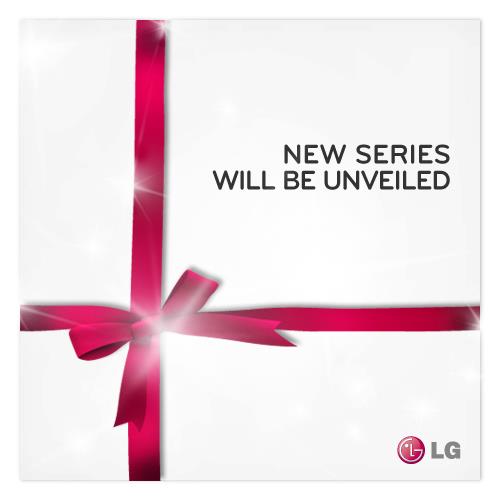 From the photo it posted as shown above, LG captioned it with "See what surprise LG has in store for you this time, with an unexpected distinction."

There is no information as to what the new series will be composed of but it might be the one to supersede its current Optimus L-Series. However, the photo contains the text "new series", which means that more than one phone will be revealed. On the caption, it stated "unexpected distinction" so the new series can have something that we have not seen on the existing mobile phone offering. With the Mobile World Congress 2013 (MWC 2013) coming up, it is expected that mobile brands like LG will have something big in store for this momentous event.

What do you think will LG reveal? The wait will be short since MWC 2013 kicks off on February 24.