LG Philippines now has an update on the selling date of LG’s anticipated flagship, the LG V30+. 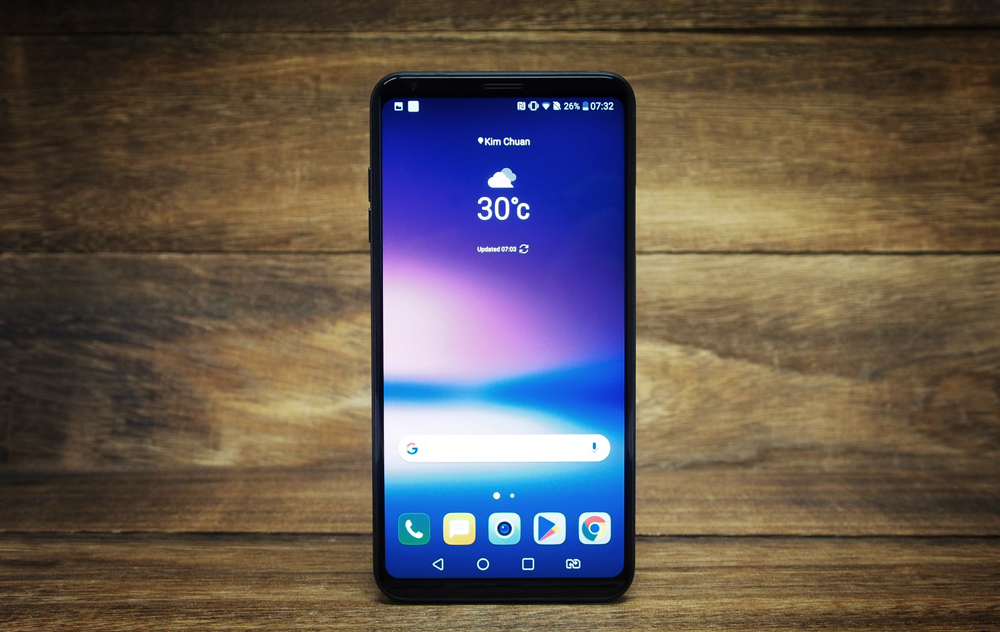 Priced at PhP 46,990, the LG V30+ is set to be officially released before the end of this year. Pre-orders are open from December 5 until December 21. The first 128 customers who’ll avail the LG V30+ during the said pre-order dates will receive a free LG 24-inch HD LED TV for free which will be conveniently delivered right at the buyers’ door step.

To join the promo, interested buyers must place pre-orders for the LG V30+ at any participating stores and shell out a down payment fee of PhP 3,000. Claiming of all pre-ordered LG V30+ will start on December 22. 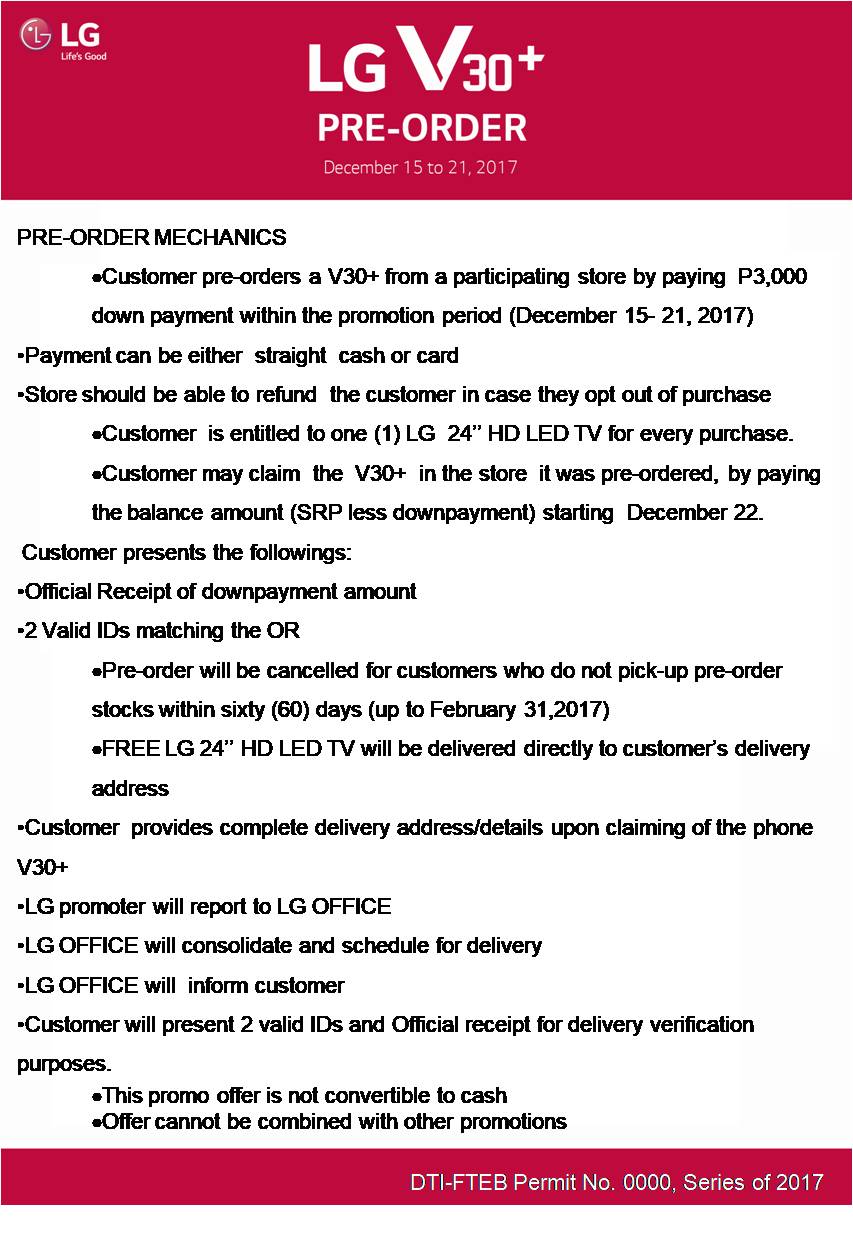 Launched as the upgraded version of its predecessor LG V30, the LG V30+ packs flagship features including a combination of 16MP + 13MP dual rear cameras, 6-inch screen, Hi-Fi Quad DAC, 4GB RAM, and 128GB of internal storage expandable up to 2TB via microSD, among others.