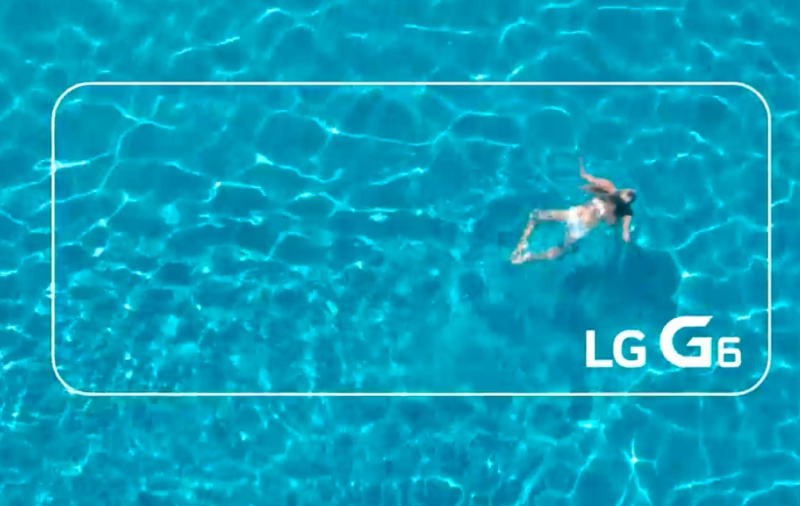 LG has confirmed another new feature of the G6 smartphone through its 11-second YouTube clip. The video clip is titled "LG G6: Pool" with the caption, "Taking a day off at the pool? Just relax and enjoy LG G6".

While the video clip does not specify the rating of water resistance for the G6, we expect it to be on-par with the competition which means that the G6 should boast IPX7- rating.

Other official specs of the G6 include wide-angle camera lens on the front and rear, a new mobile UX 6.0, a 32-bit quad-DAC system,  a 5.7-inch Quad HD+ display with an aspect ratio of 18:9, and the use of heat pipes to minimize overheating. The LG G6 will be announced at an event on 26 February before Mobile World Congress 2017 kicks off.