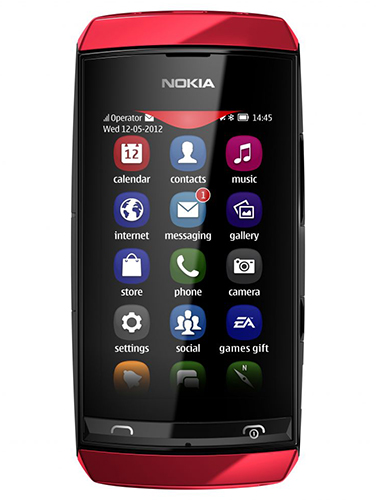 If you've been a fan of the Nokia Asha series and is an avid gamer, then don't stop reading. Nokia has just announced that HandyGames released 35 new game titles that are free and ready for download from the Nokia Store.

HandyGames is a mobile game developer and publisher based in Germany. Aiming to keep Nokia users entertained, the Giebelstadt-based company released a new lineup of games that are ready for download anytime.

Some of these titles include:

Attached is the press release:

Enjoying your fun and affordable Nokia Asha Touch smartphone? Wait till you hear about the 35 new titles released by HandyGames and Nokia to ensure an even better mobile gaming experience for you.

Based in Giebelstadt, Germany, HandyGames is a developer and publisher of mobile games and has been producing award-winning games on various platforms since 2000. Through its partnership with Nokia, HandyGames hopes to continue expanding to keep everybody entertained in the future.

To whet your appetite, here are some of the 35 new titles that you can now discover and download for free from the Nokia Store:

Aporkalypse
According to an old prophecy the four Pigs of Doom should proclaim the end of the world in a distant future. But something went terribly wrong and the gates of heaven and hell have already opened! Now it is up to the greedy Hunger Pig, the heavily armed War Pig, the contaminous Pest Pig and the ghostly Death Pig to stop this madness.

Arcadius
Stardate: 3024. The Earth has been attacked by hostile individuals and has been entirely destroyed; few survivors managed to board freight ships to safety. You are a spaceship fighter pilot. Avoid the security drones and pick up energy sources to upgrade your weapons. Prepare to fight for your life or to the death against the galactic invaders.

Cyberlords – Arcology
It's the year 2173. The power of government is in decline and the world is controlled by gigantic megacorporations. People may have no political power, but they still have control over their own bodies. Powerful NanoGear implants grant superhuman abilities and transform bodies into deadly weapons.

Guns’n’Glory
What would the Wild West have been without its charismatic villains? Boring! So take a walk in the cowboy boots of Billy the Kid, Jesse James or Butch Cassidy to become a real, low-down bad guy! Form your own gang by recruiting cool cowboys, crazy Mexicans and brave Indians.

IQ Knights
Enter a chivalric fortress and face the challenging tasks that await you within each area of the castle! Solve all puzzles within these halls to convince the nobles that you have what it takes to be their new king! Arm yourself with your ancestors' dice and use logic to win the day!

My Model Train
You always wanted to become a train driver, but never had the space or the money for your own model railway in your hobby room? Then download My Model Train, the first highly detailed mobile train-simulation, to your handset! It’s your task to solve logistic problems as fast as possible by operating switches, signals and reversal-tracks.

Panzer Panic
War has broken out on your notepad and your leadership ability is needed to beat the enemy in ferocious tank battles! Make use of the environment and move various obstacles to protect yourself from opposing ink fire or to block your enemy's path. Destroy all opposing panzers by accurately shooting your ink bullets while making sure that you don’t run out of ink fuel!

Romans and Barbarians
Render Rome a service and build up your own realm as a mighty emperor! Set up a powerful army and become a great general because of the threatening menace at the horizon: Wild barbarians are moving towards Rome to destroy your city and to steal your precious Sucus! Be well prepared for their warriors, shamans and hungry wolves

Tattoo Tycoon
Look behind the scenes of the tattoo culture and build your own tattoo empire! Set up a perfectly furnished studio and prove your skills at handling your employees and tattoo machine!

The Egyptians
After an immense earthquake the land lacks a ruler and discontent leads to bloody battles among the tribes! An ancient god awakens and sends the lord of the scarabs, Khepera, back to earth! It’s time for an alliance of the tribes to fight together against the forces of evil and to free the land! It’s up to you to lead them and to accomplish a victory by using constructions, inventions and tactical warfare.

Townsmen 4
The dark age has cast a spell over you! You find yourself in a small monastery, surrounded by pagan settlements and hostile monastic orders. Besides brewing and baking bread, it’s your daily task to convert as many souls as possible. You deal with sacred writings, say masses and recruit enough monks, who will help you lead the monastery to wealth and prestige.

Voodomino
Learn black magic and play for your life! Voodomino spices up the traditional game of Dominoes with dark rituals and deadly curses. Play against your friends and lure them into sneaky traps. With luck on your side you can influence your future. Each tile has its own motif, from poisonous snakes to powerful Voodoo dolls. Can you acquire all the magic tiles?