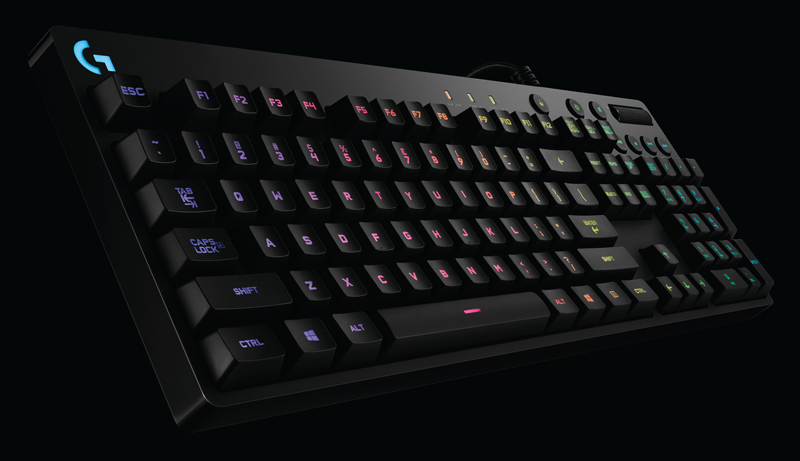 This iteration touts a cleaner construction with its traditional full-sized chocolate bar layout, sitting at 153 x 443.5 x 34.3 mm and 1180g. The G810 Orion Spectrum also comes through with quality details by including a fingerprint-masking matte texture and braided cable.

It also features a set of Easy-Access Media Control buttons, found at the top-right corner of the keyboard. The G810’s dedicated media controls allow a gamer to pause, play, skip, or mute music and videos without tabbing out of their current game. The roller (pictured) can be used for volume adjustment as well. 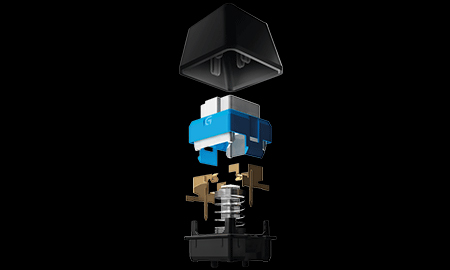 Colorful backlit keys are also a staple on the G810. The Intelligent Full-Spectrum RGB Illumination lets the user customize individual key lights, allowing the user to mark out specific keys tied to unique commands with any of the 16.8 million colors available. The backlight is directly under each keycap, which provides uniform backlight coverage across the mechanical keyboard.

Installing Logitech Gaming Software – the personalization program for these keys – also gives the user custom lighting profiles across 300+ games out of box. The F1 to F12 keys can be bound with customized macros, and toggling on Game Mode will disable certain keys while in game – such as the annoying Windows key. Logitech Gaming Software requires Windows 7 or higher, and it’s optional to the G810’s core performance. The keyboard also features 26-key rollover, making it difficult to miss inputs when multiple keys are pressed.