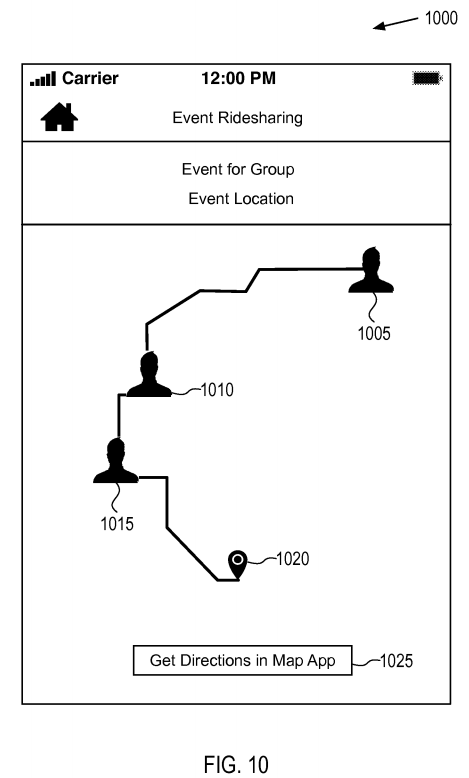 Imagine this – you accept an event invite on Facebook, and the social media platform shows you a list of friends whoare driving to the same function. After you choose a person to ride with, Facebook will show you a mapped route that your friend will take. It starts at his place, dropping by yours, and ending at the event location itself. Sounds neat?

In fact, Facebook recently filed a U.S. patent for “Event-based ride-sharing”. The ride-sharing feature facilitates carpooling for people who use Facebook to organize their events schedule. The patent’s diagrams and details also imply that the feature’s users will have a significant control over their carpooling options. 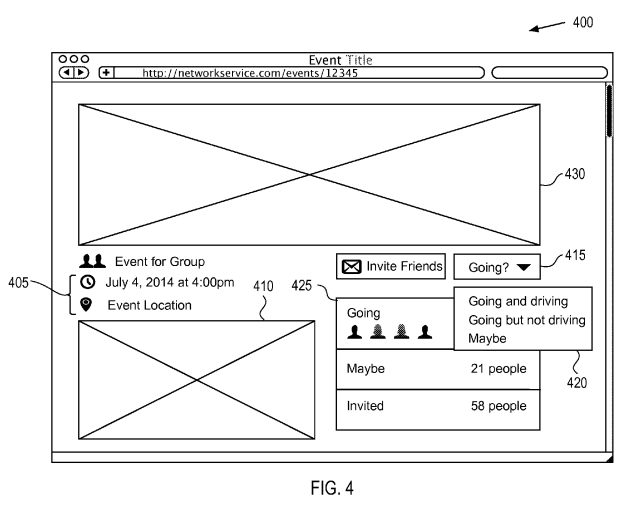 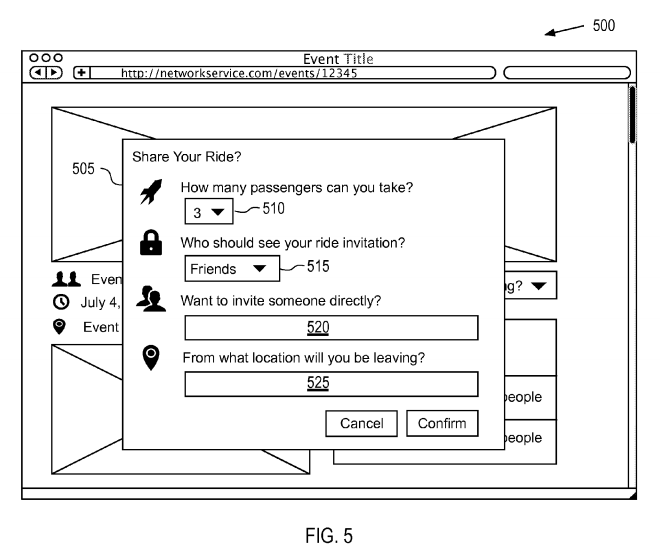 People who drive can indicate their maximum number of passengers, and choose to allow only friends or other attendees to see their ride-sharing availability. On the other hand, people looking to hitch a ride can choose which friend to travel with. Successful arrangements will automatically send out notifications to ride-hitchers when their host starts the journey, followed with a menu that displays the mapped route mentioned above. 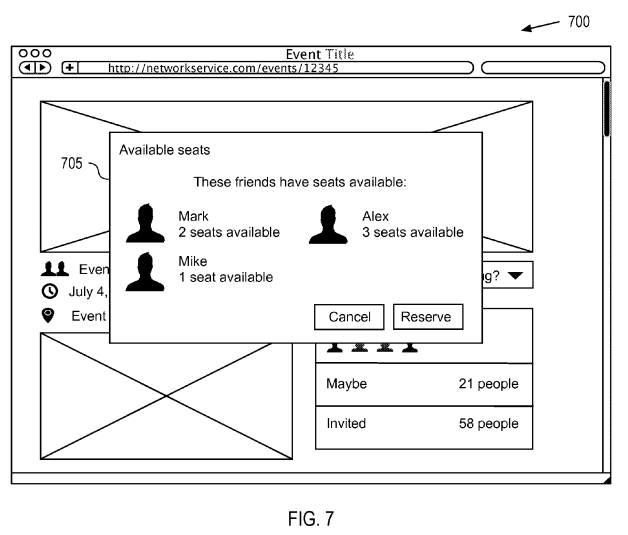 It sounds nice, but having a patent application doesn’t mean it will be approved.  It also doesn’t mean that Facebook will definitely implement the feature. Something that got our attention was how the feature will require your personal information and history (such as your favorite musicians and physical address) to create better driver-rider matches for ride-sharing folks.

We went into the patent itself to find its relevant illustrations – you’ll have to fill in the blanks with your imagination. If you want to read the patent, it can be found here. The rest of the diagrams can be seen over here instead.

Previous Story
HP to release two powerful desktop PCs for virtual reality applications
Next Story
No such thing as too much RAM: This is probably what 1TB of RAM looks like