Lumia 535 is Microsoft's first smartphone without the Nokia branding

Lumia 535 is Microsoft's first smartphone without the Nokia branding 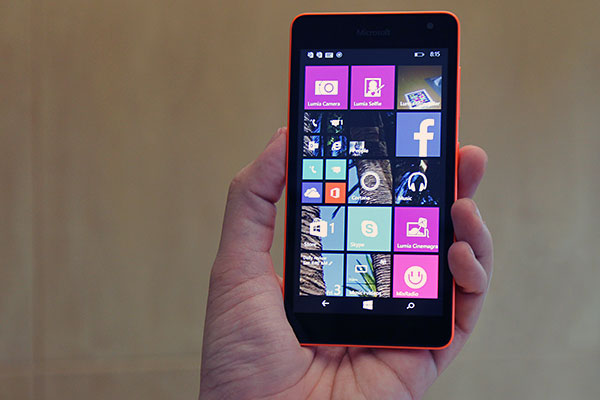 The first Lumia smartphone without the Nokia branding is here, and it’s the Microsoft Lumia 535. A budget 3G (up to 42Mbps) smartphone designed for emerging and price-sensitive markets, the Lumia 535 measures 9.4mm thick, and has a 5-inch qHD (that’s 960 x 540 pixels) IPS LCD screen. Naturally, it runs the Lumia Denim Update, which in case you didn’t know, is a combination of Windows Phone 8.1 Update 1 and several Lumia-specific features.

Powered by a Qualcomm Snapdragon 200 (8212) 1.2GHz quad-core processor just like the Nokia Lumia 530, the Microsoft Lumia 535 also comes with 1GB of RAM and 8GB of internal storage. If 8GB isn’t enough for you, there’s a memory card slot that supports microSD cards up to 128GB.

Suffice to say, the Lumia 535’s rear shell is swappable. Like many existing Lumia smartphones, a range of colorful shells for the 535 will available for sale, so you can switch your style anytime you want. And for those wondering, the 535 packs a 1,905mAh (7Wh) battery. 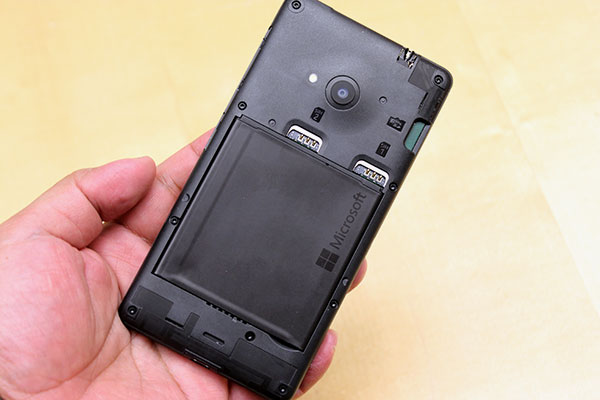 Another feature worth mentioning is that in addition to its 5-megapixel rear camera, the Lumia 535’s front-facing camera also sports a 5MP sensor. Coupled with a 24mm wide-angle lens, it makes for a pretty good selfie camera. If you think this sounds familiar, you right: the recently launched Lumia 730 also has a 5MP, 24mm front shooter. Of course, this HD camera can also come in handy during video calls; and like many recent Lumias, Microsoft is throwing in 3 months of free Skype calls when you buy the Lumia 535.

The Microsoft Lumia 535 is priced at US$130 (or €109 in Europe). Pricing and availability details for the Philippine market have yet to be finalized. 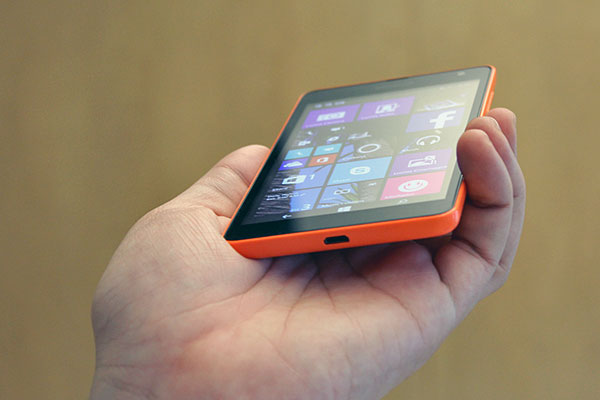 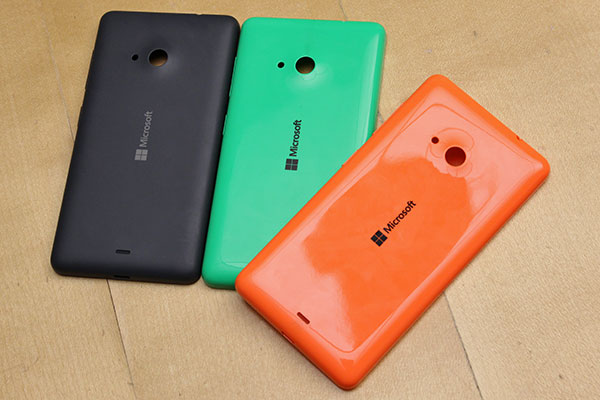