With the objective of giving an easy and convenient workspace option for the working class, Microsoft recently launched the Microsoft Teams, an application that brings together people, conversations, and content in one collaborative space.

According to a study conducted by Microsoft Asia, the digital shift paved way for employees to seek better devices that will help them become more productive at work. When asked about emerging technologies that will help build better work environments by 2020, 46 percent look forward to real-time intelligence that will help them make informed decisions at work, 42 percent would like virtual workspaces that support instant messaging and document sharing, while 36 percent think AI will be able to help perform tasks independently. “As Asia primes itself to become the most connected market with more than half of all mobile connections originating from the region by 2021, organizations need to rethink how they empower their workforce with the right culture, policy, infrastructure and tools to maximize their potential. This means enabling collaboration from anywhere, on any device,” said Cian O’Neill, Microsoft Philippines Chief Marketing and Chief Operating Officer.

However, it is also critical for business leaders to evaluate and implement changes to counter cultural and management challenges that are hindering employees to work seamlessly from wherever they are, which will in turn, hinder an organization’s growth and progress in the digital age,” he added.

Among the features Microsoft Teams have include a threaded chat for team conversations and video conferencing. Since Teams is also integrated with familiar Office applications, users can easily utilize and switch to Microsoft services including Word, Excel, PowerPoint, SharePoint, OneNote, and PowerBI. Microsoft Teams also comes built with the hyper-scale, enterprise-grade Office 365 Cloud to ease off users’ security concerns. 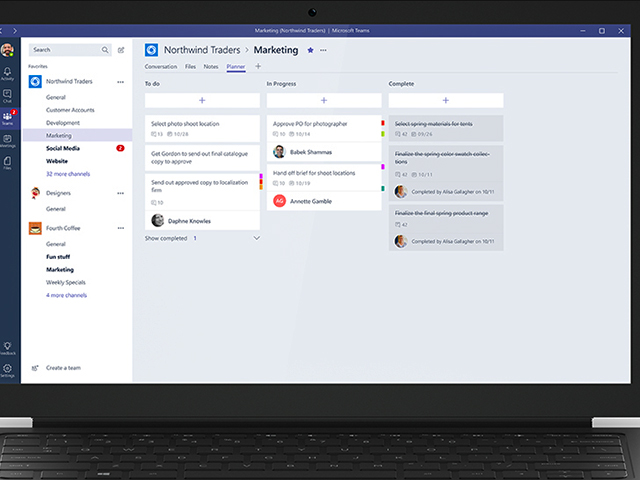 Since announcing its preview last November, more than 50,000 organizations including large companies from different sectors have adopted Microsoft Teams for their workplace.

Microsoft Teams is now available for download for Windows, Mac, Android, and iOS. Companies which already have an Office 365 subscription can just enable Microsoft Teams for free.