Microsoft announced two new additions to its Windows Phone mid-range line up today with the announcement of the 5-inch Lumia 640 and the 6.7-inch Lumia 640 XL. Both phones sport 1280 x 720 pixel resolution displays, giving the 640 294ppi and the 640 XL 259 ppi. Powering both phones is a Qualcomm Snapdragon 400 quad-core 1.2GHz processor, with 1GB RAM. Internal storage on both phones is just 8GB, but both have microSD slots for expandable storage. 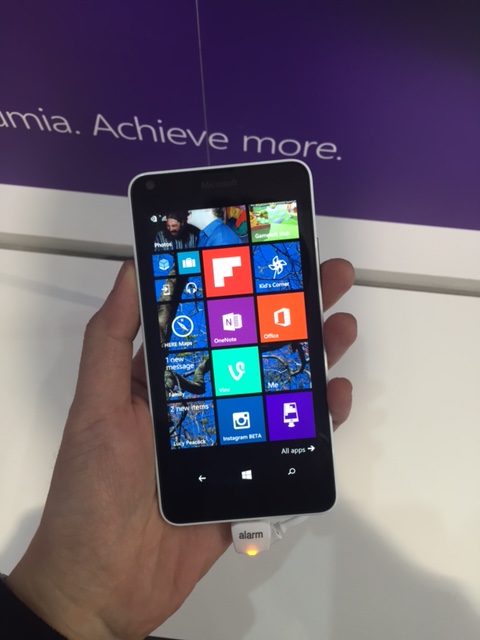 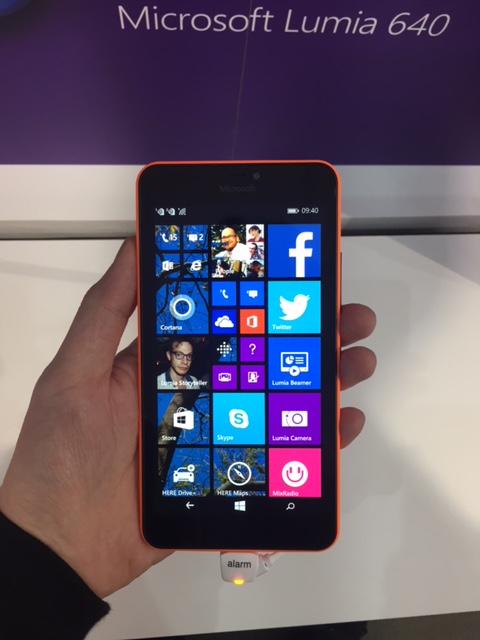 Microsoft has also been able to squeeze in some extra sensors, normally only found on its higher-end models. Both phones include proximity and ambient light sensors, as well as digital compasses.

Design-wise, the phones follow other Lumia handsets with black fronts, on-screen buttons, and colorful wraparound polycarbonate shells in a choice of orange, cyan, black, and white.

As a nice addition, both the Lumia 640 and Lumia 640 XL will come with a one-year subscription to Office 365 Personal, which includes Word, Excel, PowerPoint, Outlook and OneNote, not just for the phone itself, but also on one PC or Mac, and one tablet of your choice, plus 1TB of OneDrive storage, and 60 free minutes of Skype Unlimited Worldwide calling per month.

“Our newest Lumia devices build on our momentum in the affordable smartphones space,” said Jo Harlow, corporate vice president for Phones at Microsoft. “With the Lumia 640 and Lumia 640 XL, we continue to make innovation accessible to more people. We have packaged competitive hardware with innovative Windows software and Microsoft services to help you achieve more, wherever and whenever you want.”