Microsoft Unleashes Its Newest Tablets, the Surface 2 and Surface Pro 2

Microsoft Unleashes Its Newest Tablets, the Surface 2 and Surface Pro 2

Microsoft is expanding the family of Surface tablets with two new Surface models: Surface 2 and Surface Pro 2. Along with these two new tablets, Microsoft is also broadening its range of Surface accessories.

Announcing ahead of Microsoft's upcoming Windows 8.1 and Windows RT 8.1 operating systems slated to arrive on October 17, 2013, the two new tablets will ship with the new OS when they go on sale globally on October 22. According to Microsoft, the new tablets and its accessories will be available in 22 countries at launch, including Australia, Austria, Belgium, Canada, Denmark, Finland, France, Germany, Hong Kong, Ireland, Italy, Luxembourg, the Netherlands, New Zealand, Norway, Portugal, Spain, Sweden, Switzerland, the United Kingdom, and the United States. Unfortunately, the Philippines is not included in the initial launch and it looks like it'll be weeks or even months before either tablet reaches this region. It's interesting to note that China, although an important market, will be getting the new Surface tablets slightly later in early November.

The Windows RT 8.1-running Surface 2 will replace the Surface RT with greater processing power and battery life. Although Surface RT will continue to be offered in stores at its current price, the Surface 2 will offer greater mileage for those who want to get more out of the tablet. Powered by an NVIDIA Tegra 4 processor, Microsoft claims that the new tablet will run faster, smoother, and longer, with battery life lasting up to 10 hours on video playback, giving you more entertainment on-the-go. The new Surface 2 will also come with a new 10.6-inch ClearType Full HD display, perfect for watching 1080p movies. The USB port will be upgraded to USB 3.0, which will now allow you to transfer files at a much greater speed. Besides that, the built-in camera resolution has also been improved, with a 3.5-megapixel front facing camera and a 5-megapixel rear camera – both capable of capturing 1080p videos. Even with all these new enhancements, the Surface 2 will be a tad thinner than the Surface RT.

The Surface 2 will ship with Windows RT 8.1 and will come pre-loaded with Office 2013 RT, which includes Outlook RT. Microsoft is also giving free Skype calling to landlines in more than 60 countries for one year, unlimited Skype Wi-Fi at more than 2 million hot spots worldwide for one year, and 200GB of free SkyDrive storage for two years. Similar to Surface RT, the new Surface 2 will come in two storage configurations, 32GB and 64GB. Pricing starts at US$ 449. 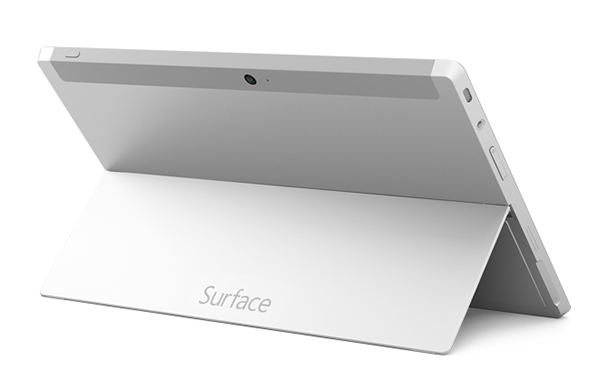 Like the Surface 2, Surface Pro 2 owners will also be getting free Skype calling to landlines in more than 60 countries for one year, unlimited Skype Wi-Fi at more than 2 million hot spots worldwide for one year, and 200GB of free SkyDrive storage for two years. 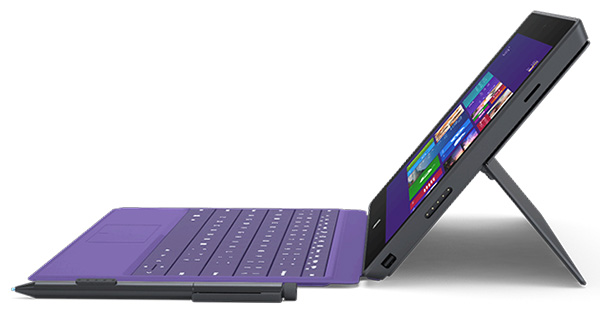 In addition to the two new Surface 2 tablets, Microsoft also announced a slew of new accessories to accompany the new products: 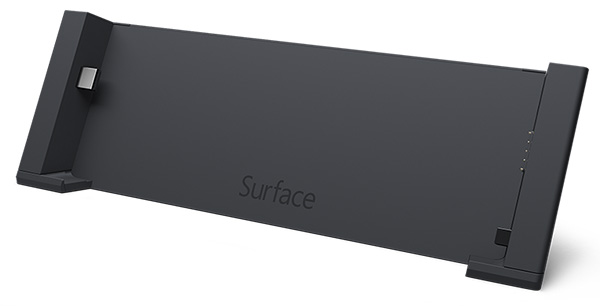 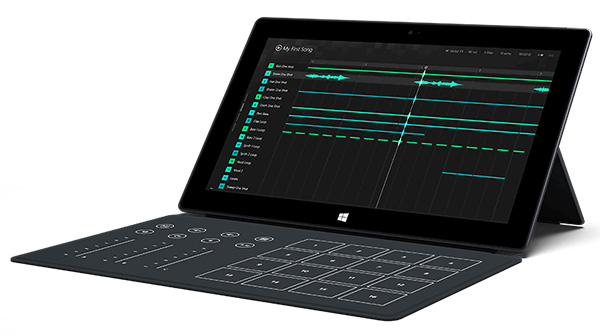