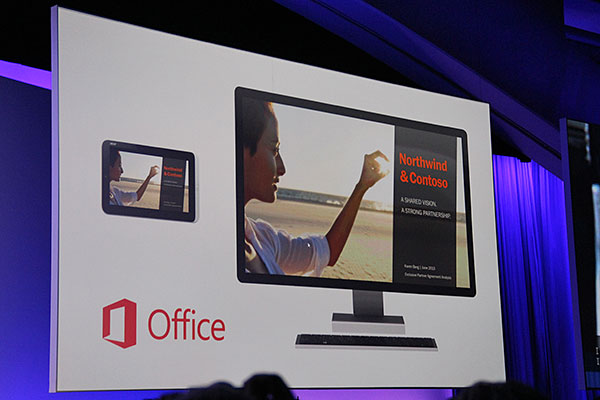 At Build 2013, in addition to the official public unveiling of Windows 8.1, along with making a preview available for download, Microsoft has also announced that Office apps that run in the Modern environment are in the works. They will run on both x86 and ARM devices. Microsoft says the apps will offer format compatibility similar to their desktop counterparts. In the short demo that used PowerPoint as an example, we could see that transitions were maintained.

The Modern-style version of Office is currently in alpha stage, and no further details are given at this point in time.