Microsoft's Nokia 130 may arrive soon in the Philippines for around 1.1K pesos

Microsoft's Nokia 130 may arrive soon in the Philippines for around 1.1K pesos 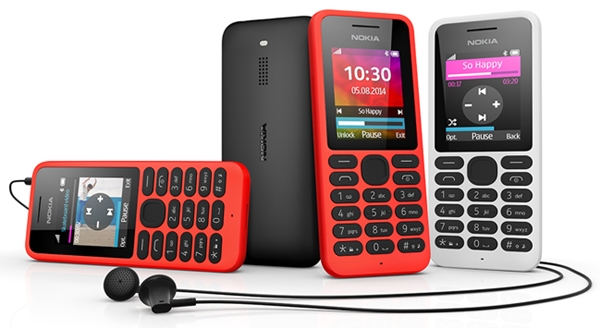 Microsoft just unveiled the world's most affordable phone with video and music player, the Nokia 130.

Priced at just €19 (approximately PhP 1,116 based on currency rates at press time) before taxes and subsidies, the Nokia 130 is positioned as the perfect device for first time phone buyers. It comes with a 1.8-inch QQVGA (160 x 120 pixels) color display, a built-in video and music player with up to 46 hours continuous playback on a single charge, FM radio, and a flashlight.

Due to its ultra-affordable price tag, the Nokia 130 lacks an Internet connection. As it is clearly targeted at emerging markets, the lack of an Internet connection is not a potential deal breaker. According to Strategy Analytics, there is a huge market demand for such phones; 300 million phones from this category are sold every year.

Microsoft is expected to start shipping the Nokia 130 in Q3 2014. It will be available in select markets such as China, Egypt, India, Indonesia, Kenya, Nigeria, Pakistan, the Philippines and Vietnam.