Fresh from its global reveal at the recently concluded MWC Shanghai 2017, the Moto Z2 Play has arrived locally and will hit the retail stores starting tomorrow, July 21, with a price tag of PhP 24,999. 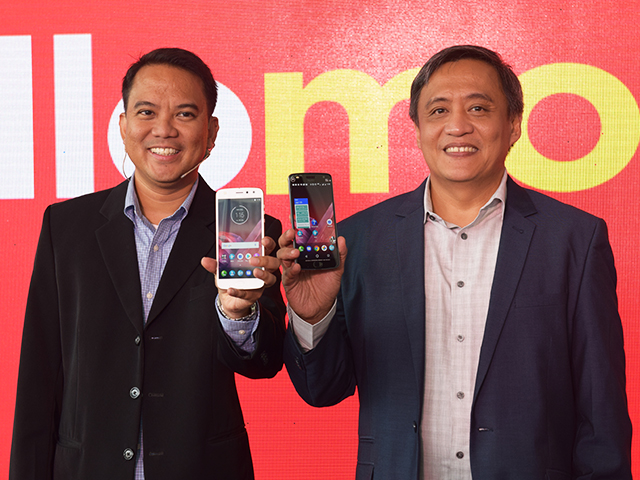 “Moto remains committed to delivering meaningful experiences through innovative mobile technology to consumers. Moto Z2 Play is a testament of bringing our philosophy of ‘different is better’ to life,” said John Rojo, Country Manager for Lenovo Mobile Business Group Philippines. “We believe that the ultimate satisfaction we can give to Filipino consumers is a transformative experience,” he added.

Months after being acquired by tech company Lenovo and being rebranded from Motorola to Moto, the company eyes to clinch the top three spot in the global smartphone market.

“Our ambition in the market is to be the number three smartphone global brand,” Rojo shared. “Right now in the Philippines, we will maintain a dual-brand strategy, so Lenovo and Moto will be existing in the market. They will be more focused on Motorola but Lenovo as a brand will be present as it is in laptops, tablet, servers, among others, since it’s really a strong brand in the tech/IT side.”

Flaunting a 5.5-inch Full HD display with Corning Gorilla Glass planted in its all-metal unibody design, the Moto Z2 Play conceals a Snapdragon 626 octa-core processor clocked at 2.2GHz. The device also comes with Android 7 Nougat OS topped with Moto Experiences including Moto Display, Moto Actions, and Moto Voice. In terms of storage, the Moto Z2 Play has a generous 4GB RAM plus 64GB of internal storage with microSD card support of up to 2TB. 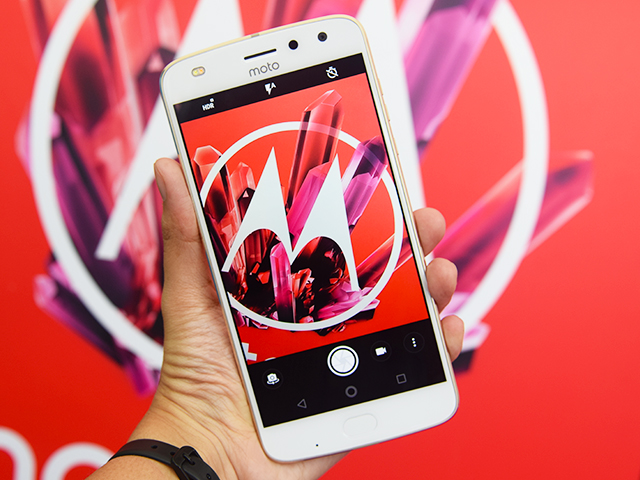 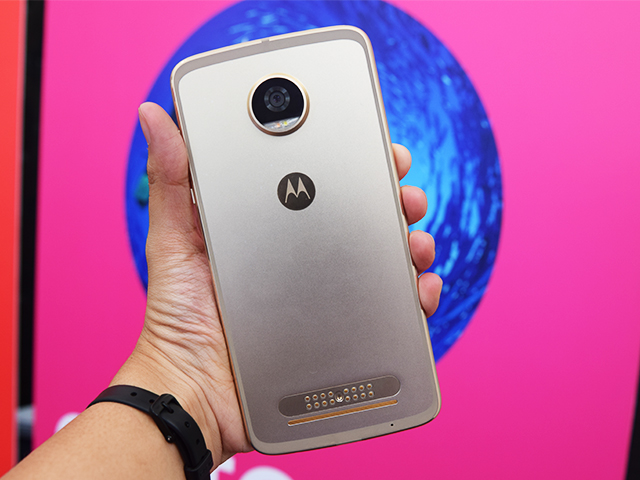 The Moto Z2 Play is also powered by a 3000mAh battery with integrated TurboCharging+ feature which advertises a 15-minute charge equivalent to 7 hours of stamina. Its other specs include a water-repellent nano-coating, NFC connectivity, USB Type-C port with USB 3.1 support, and a fingerprint sensor.

Apt to yesterday’s launch with the theme “unlimited possibilities,” the Moto Z2 Play highlights one of its main features to its full Moto Mods compatibility. The device can be paired with the Hasselblad and InstaShare Projector as well as with the two new Mods – the JBL Soundboost 2 Speaker and the Incipio Power Pack. Moto also introduced yesterday another Mod, the GamePad. 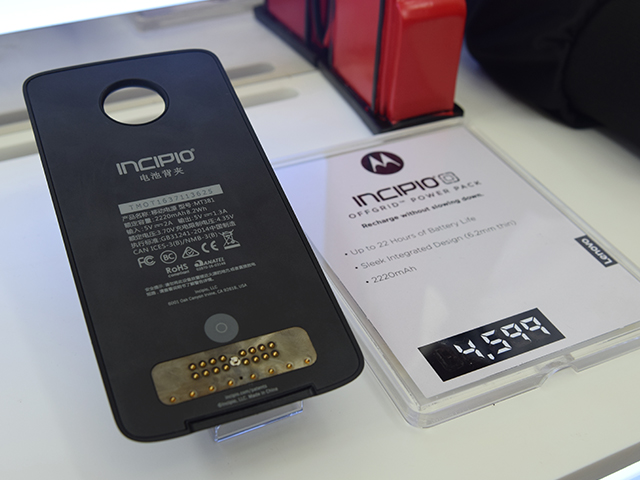 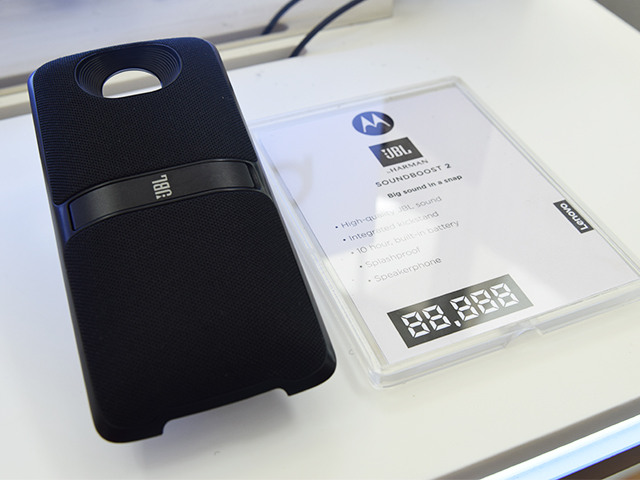 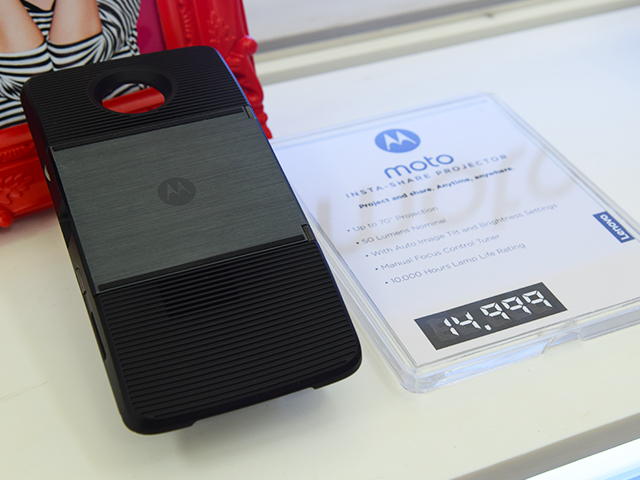 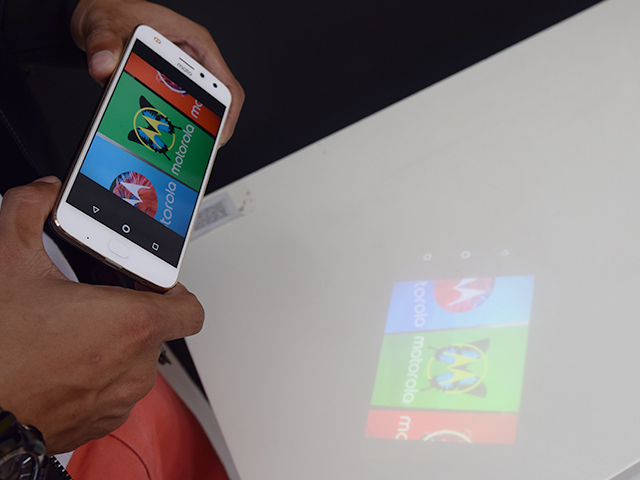 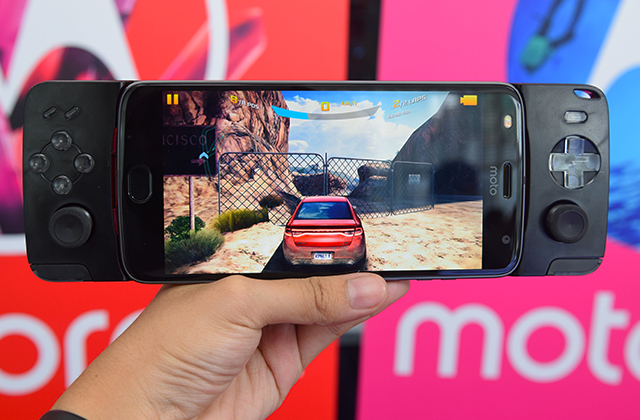 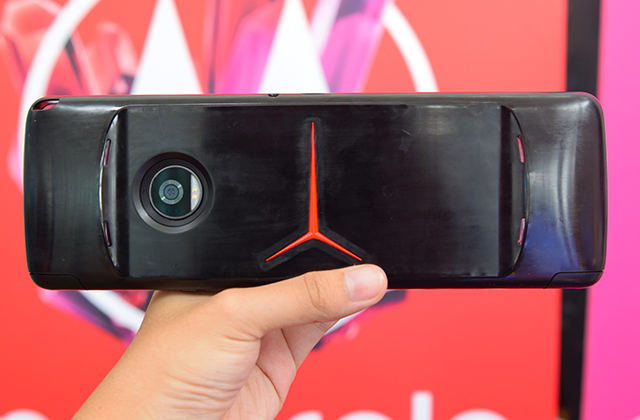 Aside from the Moto Z2 Play, Moto also showcased the Moto C Plus and the Moto E4 Plus. Below are their quick specs: 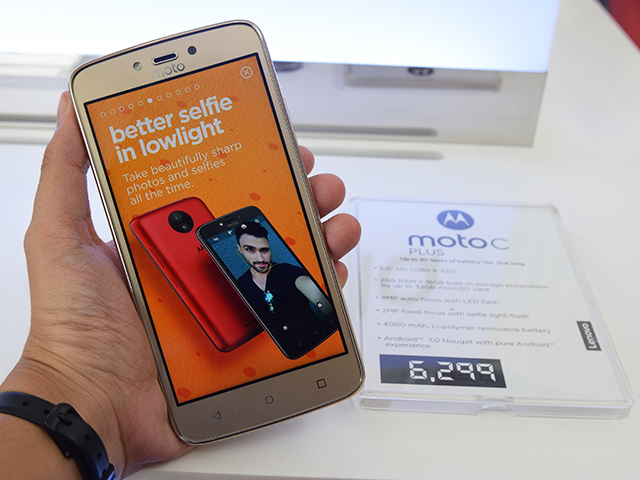 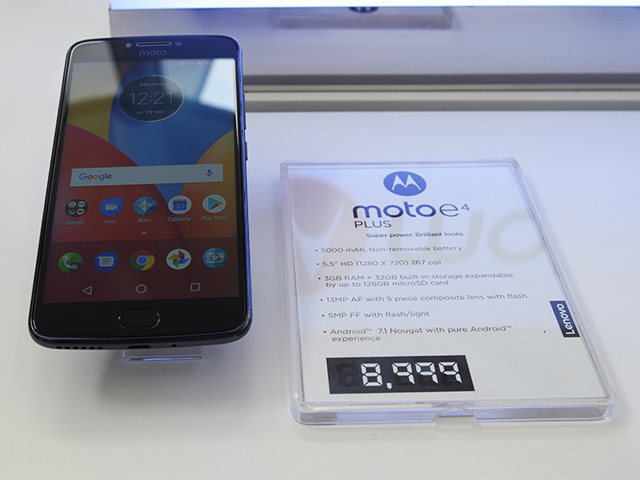