Notebooks aren’t all that MSI has up its sleeve at Computex 2015, and the company has also debuted a range of mini and small form factor (SFF) PCs and all-in-one (AIO) systems. The gaming and PC market today is a diverse one which is no longer confined to tower PCs that require an inordinate amount of space on your desk.

As gaming migrates into the living room and consumers increasingly demand more flexible solutions to meet their varied gaming and computing needs, it’s little wonder that MSI is releasing a slew of diverse systems to satisfy these demands. 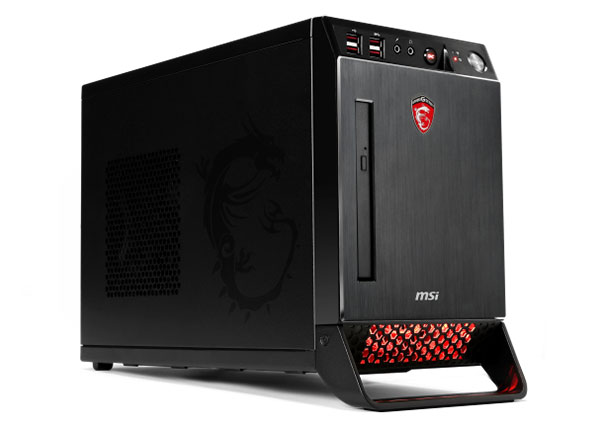 The gaming desktop may be in a state of flux right now, but it’s still very recognizable. The Nightblade MI follows in the trend of compact, SFF PCs from the likes of companies like ASUS that aim to deliver stellar gaming performance in a small, sleek design that will also fit in your living room.

Unfortunately, MSI has been sparse on the details here and we only know that the Nightblade MI will sport the “latest” – we’re guessing this means fifth-generation but we may be wrong – Intel Core i7 CPU and a NVIDIA GeForce GTX 900 series graphics card. In addition, it supports Nahimic Audio Enhancer technology like on MSI’s new notebook line-up.

The Cubi is MSI’s first entry into the mini-PC market. The 0.45L chassis measures just 11.5 x 11.1 x 3.5cm, and its great portability makes it easy for users to literally carry a computer around with them.

It is equipped with fifth-generation Intel Broadwell-U low-power processors and users will get to choose from the following models to suit their needs:-

The Cubi also supports up to 16GB of 1600MHz DDR3L memory, with a base configuration of 2GB. Clearly, users will have quite a bit of freedom when it comes to configuring the Cubi.

In the storage department, the Cubi will come with a 64GB mSATA SSD with an additional slot for a 2.5-inch hard drive should the extra capacity be required. Wireless connectivity includes support for both the 802.11ac wireless standard and Bluetooth 4.0.

To cap things off, the HDMI and mini DisplayPort outputs allow two monitors to be connected simultaneously for even greater screen real estate. The Cubi will also support up to 4K content with at least an Intel Core i3 processor and dual-channel memory installed, enabling it to double as a really compact HTPC in living rooms. It is available in either black or white.

Not all gamers are tinkerers, and some simply appreciate the simplicity, elegance and convenience offered by AIO systems that combine both monitor and CPU tower into a single, compact unit.

The MSI Gaming 24GE 2QE 4K features a fourth-generation Intel Core i7 processor and a NVIDIA GeForce GTX 960M graphics card. There is support for up to 16GB of dual-channel 1600MHz DDR3L memory, two mSATA SSDs in RAID 0, and an additional 2.5-inch hard drive. 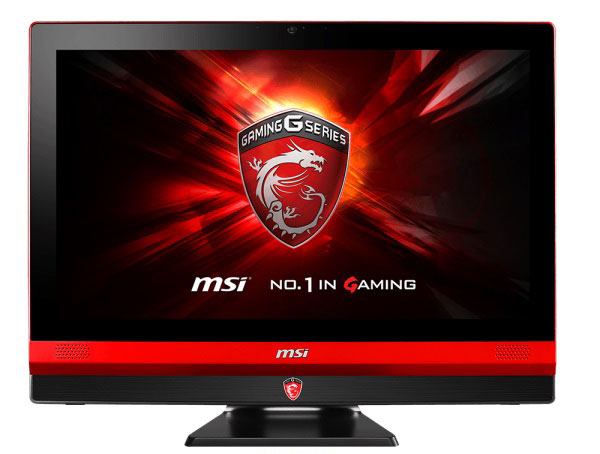 The display itself is a 23.6-inch LED-backlit affair with an ultra-high resolution of 3840 x 2160 pixels. And although MSI didn't say so explicitly, we noticed two different pictures for both touch and non-touch versions of the Gaming 24GE 2QE 4K, so we're guessing the system is available in two different variants. Like most of the other systems that MSI is showcasing at Computex, it will also feature Nahimic Sound Technology for an improved audio experience.

MSI is also releasing the Gaming 24GE, an almost identical system but with a more conventional 1920 x 1080 pixel display.

The MSI AG270 2QC 3K has a larger 27-inch IPS display but with a lower screen resolution of 2560 x 1440. We’d argue that this is actually a more sensible option as the larger IPS display will help with productivity tasks and produce better viewing angles and color reproduction than a TN panel. Furthermore, a quad HD resolution is still plenty pixels to produce crisp images. While it is also equipped with an Intel fourth-generation Core i7 processor, this particular AIO system features a more powerful NVIDIA GeForce GTX 970M graphics card. It also has more storage options, capable of supporting up to three mSATA SSDs in RAID 0 and a larger 3.5-inch hard drive.

In addition to the by-now-expected Nahimic Audio Enhancer technology, the AG270 2QC 3K boasts dual 5-watt Yamaha speakers. And as we saw with the Gaming 24GE series, there is also an HD version of this system, the MSI AG270 2QC, which sports a 1920 x 1080 pixel display.

Finally, the MSI Pro 24 2M caters to business users instead of gamers. Again, details are sparse with this one and MSI has only said that it is equipped with a quad-core Intel Core i5 processor and upgradeable memory. 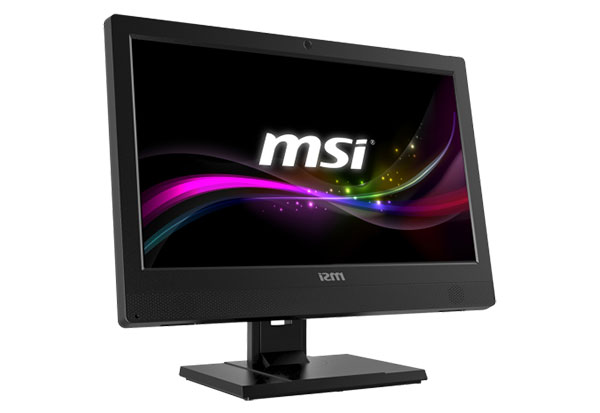 Additional features include a webcam cover to protect against webcam spying and flexible mounting options.