NBA 2K13 Finally Makes Its Way To The Philippines

NBA 2K13 Finally Makes Its Way To The Philippines 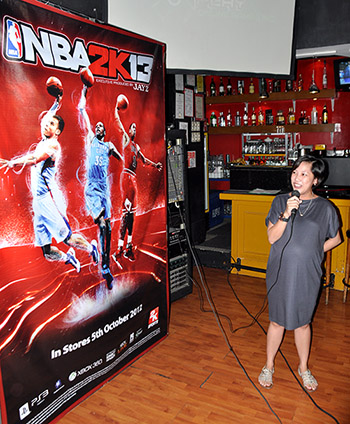 After months of anticipation, Filipino gamers are finally able to purchase NBA 2K13 across all platforms here in the Philippines. X-Play Online Games, a subsidiary of IP e-Games, partnered with 2K Sports to make this local release possible. In the running for sports game of the year, several online sites and publications have even proclaimed NBA 2K13 as "possibly the greatest sports game of all-time." This is made possible with the support of multi-platinum recording artist Jay Z, who serves as the Executive Producer. He brought together the 24 tracks found in the game and assisted in the overall presentation. Several new features are introduced in this year's version, such as the new Control Stick, Dynamic Shot Generator, and Shoe Creator, but what really stands out is the inclusion of the 1992 "Dream Team" and the 2012 U.S. Men's National Team.

"We're very excited to launch such a prestigious game here in the Philippines, and we're thrilled to be working with 2K Sports," said Miguel Bauza, Vice President of Marketing for X-Play. "We will be going around the country to engage the millions of NBA 2K Filipino fans out there with awesome tournaments and raffle prizes."

For a complete list of retailers around the Philippines and other information, visit X-Play's official website at www.xplay.ph.