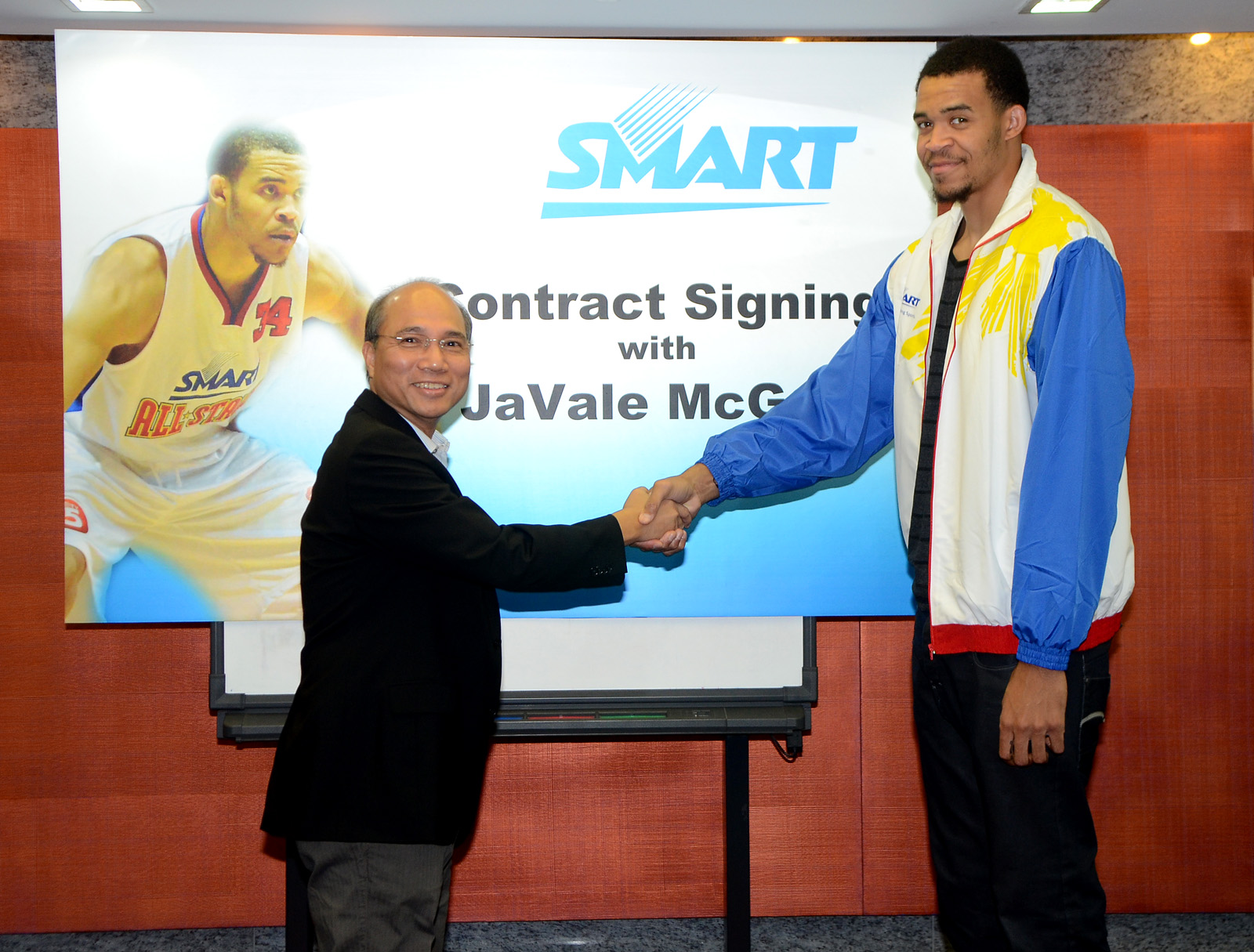 The 23-year-old Washington Wizards center adds more luster to Smart’s roster of celebrity endorsers which include fellow NBA player Kevin Durant fas well as local athletes like the Philippine Azkals and celebrities the likes of Anne Curtis, Sam Pinto and Vhong Navarro, among others.

The seven-foot tall McGee was part of the NBA All-star team that visited the Philippines in July for a series of exhibition games held at the Smart Araneta Coliseum.

“McGee is one of the freshest and most exciting players in the NBA today. His extraordinary athleticism coupled with his being techo-savvy makes him relevant to the Filipino market,” said Smart Chief Wireless Advisor Orlando Vea.

McGee recently made NBA history as the very first Wizard player to participate in the NBA all-star slam dunk contest where he was cited by the Guinness book of world records for the most number of basketballs dunked in a single jump.

Before that, he made the distinction of being the very first offspring of a former WNBA player to play in the NBA. McGee comes from impressive basketball lineage as his mom, Pamela McGee, played in the WNBA for two seasons in 1998 and 1999.

McGee is in the country for a short visit that includes a meet-and-greet with fans at the Jump Experience Center, guesting in a local basketball game and conducting a basketball clinic.