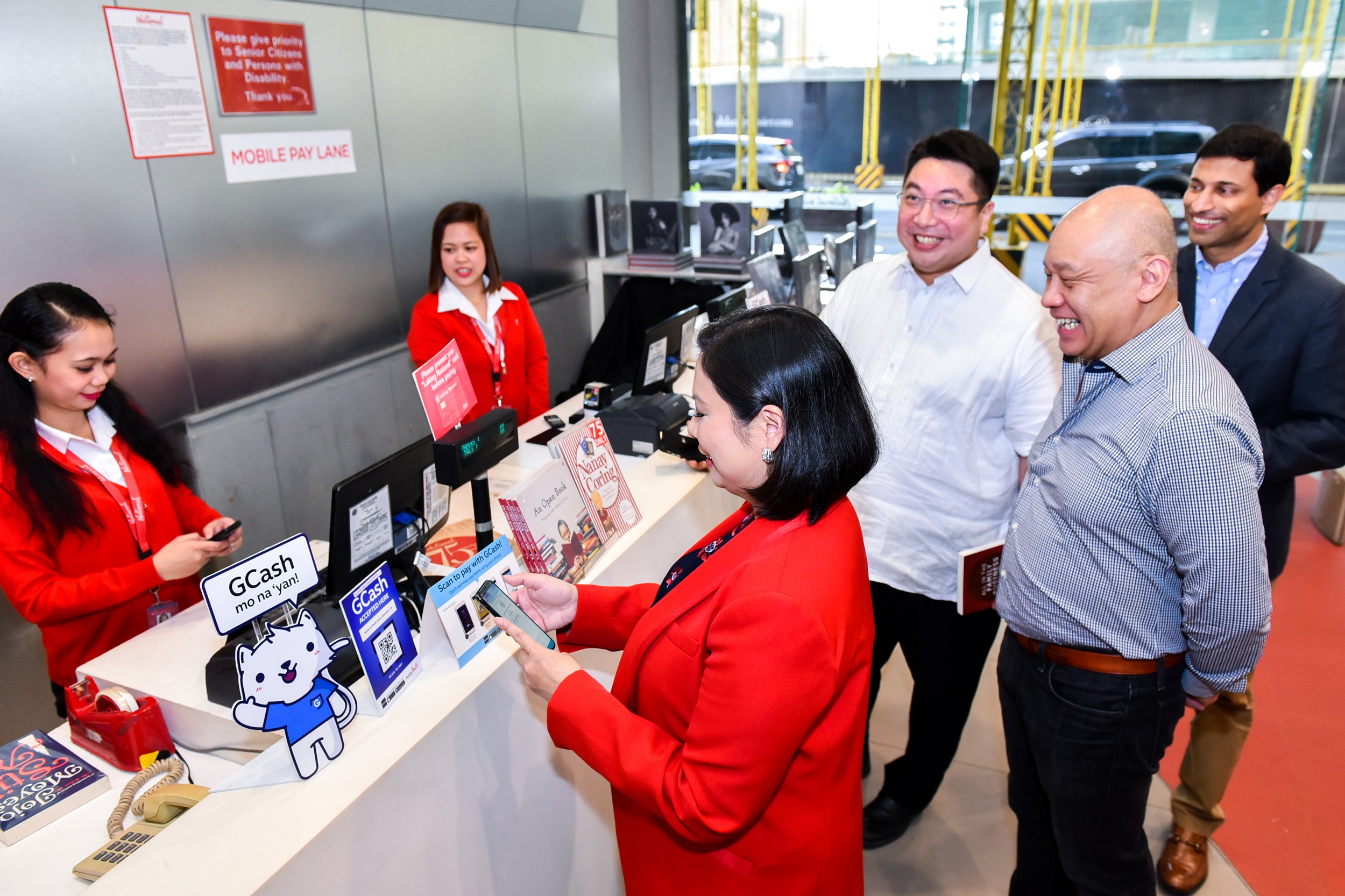 Globe Telecom's GCash and National Book Store (NBS) have joined forces to take a step further their partnership as NBS begins to adopt the GCash scan-to-pay cashless payment service in all of its 230+ stores nationwide by the end of May this year.

“The expansion of Globe and National Book Store’s partnership is a testament to the growth of GCash in the country,” said Ernest Cu, President and Chief Executive Officer of Globe Telecom.

“National Book Store is one of the most recognizable names in the Philippines, and being able to extend GCash’s reach to Filipinos is a big step for us in encouraging more and more people to have a better shopping experience,” said Anthony Thomas, Chief Executive Officer of Mynt, which operates GCash.

“We, at National Book Store, are very excited to embrace the use of GCash scan-to-pay in all of our stores across the country. I think allowing the customers to have the option of paying using GCash benefits everyone involved most especially the shoppers,” said Xandra Ramos-Padilla, Managing Director of National Book Store.

At present, only the NBS branches at Ayala Malls nationwide are allowing the use of GCash scan-to-pay, with other stores to follow suit in the coming weeks. This payment feature allows customers to have a more convenient shopping experience by going cashless.

NBS customers who will use GCash scan-to-pay will get a 10% cash back capped at PhP 500 until the end of next month. The promo is also available in NBS’s affiliate specialty stores Powerbooks, Art Bar, and Noteworthy.

To use this cashless payment method, Globe users must download the GCash app on their smartphones and update to the latest version of it before registering an account. They must then top up their GCash wallet at any of the 12,000 GCash partner outlets nationwide such as: including Globe Stores, SM Business Centers, Puregold branches, Robinsons Business Centers, 7-Eleven Cliqq kiosks, and TouchPay kiosks.