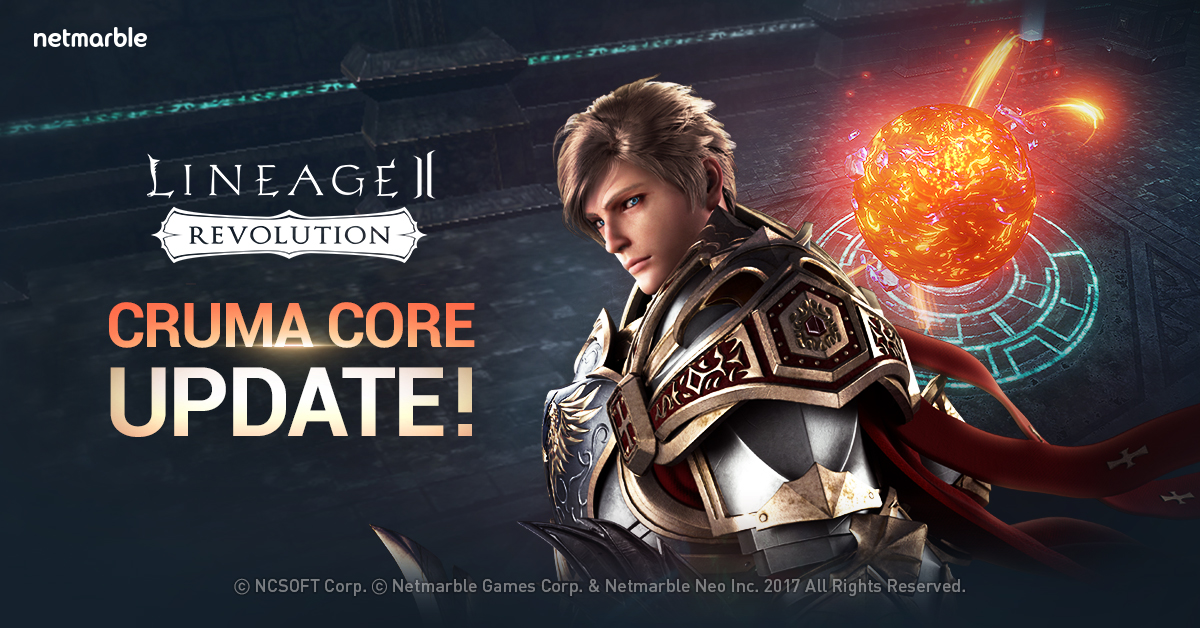 Netmarble Games Corp. is adding to its mobile MMORPG Lineage 2: Revolution the Scroll of Alchemy and the Cruma Core dungeon.

The Scroll of Alchemy can be used to upgrade items or create Blessed Scroll or Elixirs, while the Cruma Core, a new part of the clan dungeon, exudes a highly difficult dungeon level.

Along with these updates, Netmarble will be giving away items throughout September, including Grade R Exclusive Weapon Selection Box, Scroll of Alchemy, and Blessed Scroll Bundle.

Participants will be players who sign in to the game between September 6 and 17.

The dice event that is being held until September 26 will have players play dice they obtained from gameplay. They will earn points when accomplishing basic missions such as clearing dungeons or attending clans, and acquiring various items on the dice board, including player’s favorite Maphr’s protection fragments.