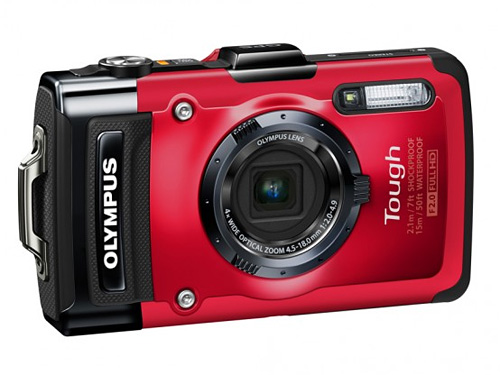 The sequel to Olympus' powerhouse tough camera, last year's TG-1, the Tough TG-2 iHS goes to new depths with its features. THe TG-2 is built for the enthusiast photographer who's also an adventurer, the waterproof, shockproof, freezeproof, crushproof and dustproof camera comes with a fast F/2 lens with converter-lens compatibility and the power to shoot Full-HD 1080p video.

The TG-2 can dive down to 50 feet - 10 feet deeper than the TG-1. It's shockproof up to 6.6 feet, freezeproof to -14 degress F, crushproof to a weight of 220 pounds and dustproof. The 12MP sensor comes with Olympus' TruePic VI image processor, the new Microscopic Macro function boosts zoom magnification from 4x to 14x from one centimeter away and the camera comes with a F/2-F/4.9 lens with 4x optical zoom.

The TG-2 has a five frames per seocnd burst rate, but can also capture 60 frames per second at 3MP resolution. It comes with a 3", 610-k dot OLED display and built-in GPS.

But the TG-2, like the TG-1, still lacks the ability to capture stills in raw format, which makes this the almost-camera for the enthusiast adventurer. Seriously, Olympus? While the TG-1 was one of the best rugged cameras of 2012, Olympus needs to up its game this year, because there's a Panasonic Lumix FT5 coming for its lunch.

The Olympus Tough TG-2 iHS will be available in March at an estimated price of US$379.99. 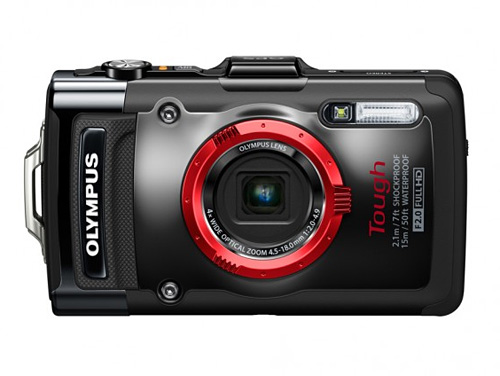