Nexus 5 Gets Leaked, Nano-SIM and Snapdragon 800 Processor Inside

Nexus 5 Gets Leaked, Nano-SIM and Snapdragon 800 Processor Inside 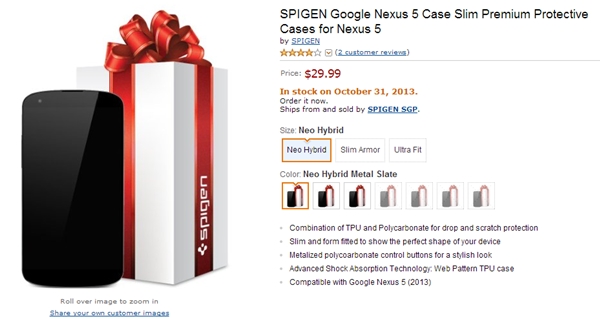 As we step into the month of October, more leaks on the upcoming Google Nexus 5 have surfaced on the Internet.

According to GSMArena, a log from the Nexus 5 was obtained by Myce.com and then passed to Androidworld.it for analysis. After searching through 133,000 lines of codes, Androidworld.it is able to confirm most of its specs, which include:

In addition, information stated on the website of he Ukrainian wireless provider Life:) (in case you are wondering, the ":)" is part of its official name) states that the Nexus 5 will use a nano-SIM card.

A prototype of the Nexus 5 was filmed and photographed at a bar last month when a Google employee left the phone charging unsupervised. Moreover, smartphone accessory manufacturer Spigen posted a case for the Nexus 5 on Amazon, and indicates stock availability on 31 October.

The Nexus 5 is expected to be launched towards the end of October, as the Nexus 4 was announced on 29 October last year. It will run on Android 4.4 Kit Kat.