Let's face it, those hoverboard concepts that have been floating around (heh) aren't exactly what we dreamed of when we saw Back to the Future 2. But we might still get at least one piece of tech true to the movie if Nike designer Tinker Hatfield delivers on his goal to "deliver the Nike MAG in 2015 with Power Laces." Speaking at the Agenda Emerge conference, Tinker confirmed that his team is working as hard as possible to deliver the Nike MAG in 2015 with Power Laces, but also reminded everyone that we still have "11 and two-thirds months left in 2015" so we could be waiting a while.  In 2011, Nike sold 1,500 pairs of Nike Air Mag Back to the Future trainers in order to raise money for charity. While the shoes had the same glowing LED heel panel and light-up Nike logo from the film, sadly, self-tying laces weren't one of its features. 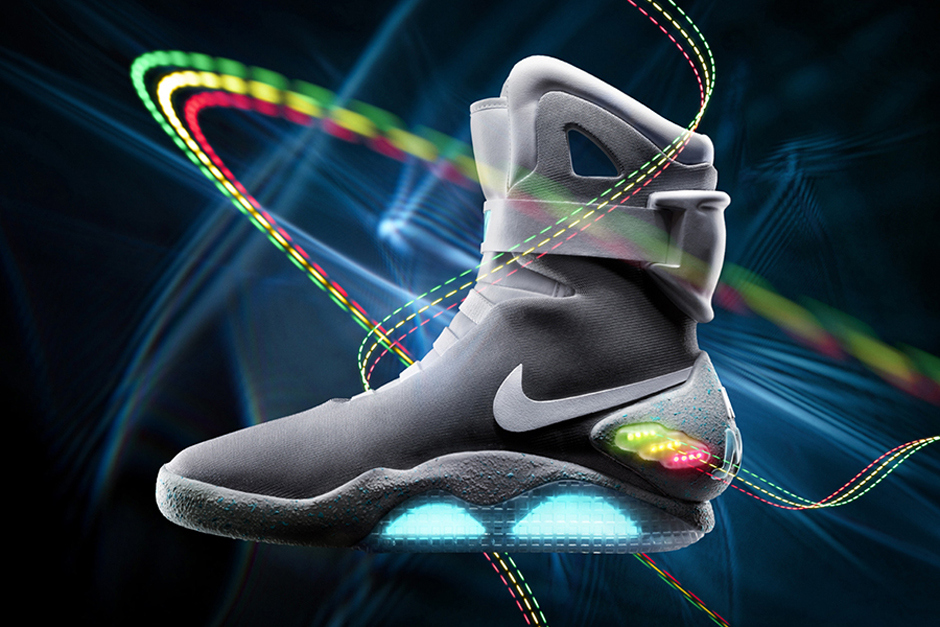