No such thing as too much RAM: This is probably what 1TB of RAM looks like

No such thing as too much RAM: This is probably what 1TB of RAM looks like 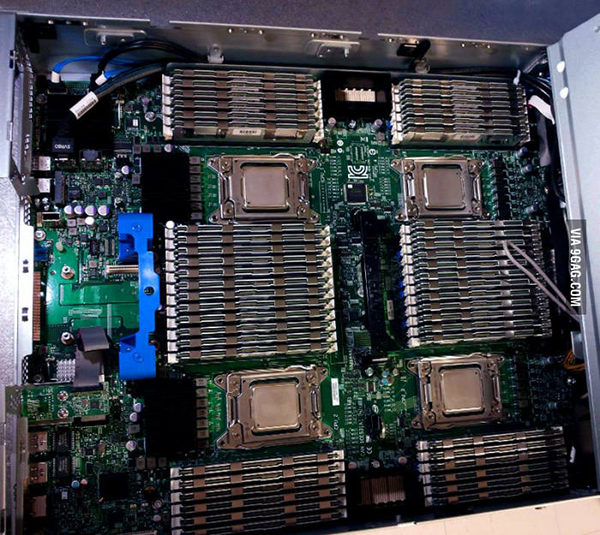 Unused RAM is useless RAM, or so they say. But try telling that to the person who built the system shown above. Okay, we won’t judge. He or she may just be trying to unravel the mysteries of multiple parallel universes.

That’s clearly a server motherboard though, so in all seriousness, that amount of RAM may not be as outlandish as it seems initially. How much could that cost? A quick search on the Internet throws up results for a Kingston 64GB (4x16GB) DDR4 2133MHz ECC server memory kit that costs US$500. In order to fill up all 48 memory slots on the board, you’d need 12 such kits, which would amount to whopping US$6,000!

The 1TB of RAM is very likely an estimate though, as 16GB modules would give you just 768GB of memory. On the other hand, if those modules are actually 32GB sticks, you’d get a mind-boggling 1,536GB of RAM.

Either way, the 1TB figure is probably the result of some very loose rounding up. Still, the sheer number of RAM modules is quite a sight to look at. What a way to make you feel inadequate about your 8GB of system memory.