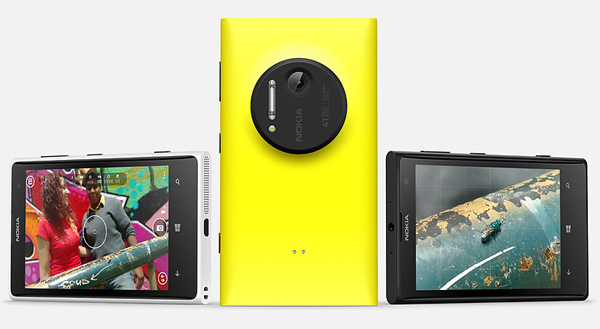 Nokia is adding RAW image file support to the Lumia 1020 and Lumia 1520, as well as adding a new re-focusing feature to all PureView phones.

Unlike JPEG files which go through compression and image processing, the uncompressed RAW files in DNG (Digital Negative) format promise to give photographers unedited files straight from the phone, with more fidelity for custom processing. The one drawback is that RAW files are often much larger than their compressed counterparts, this could be especially worrying for the 41MP Lumia 1020 which has no expandable storage, its 38MP full-resolution JPEGs can come in at 10-17MB each. The 20MP Lumia 1520 at least has a microSD slot to save the new RAW files.

The Lumia 1520 will ship with RAW support while the Lumia 1020 will receive the feature with the Nokia Black update early next year.

Nokia has also announced the new Nokia Refocus, a separate app which will work with all PureView Windows Phones. With the new feature, users can refocus on any part of an image after it's been shot. Unlike the Lytro camera which uses a light field sensor to capture multiple directions of light in a single moment, the Refocus app takes multiple shots to let you refocus afterwards, akin to focus stacking. You can try out the feature for yourself using the embedded picture above or on the Nokia Refocus website.

Nokia Refocus is expected to be available for Pureview Lumia Windows Phones in mid-November.