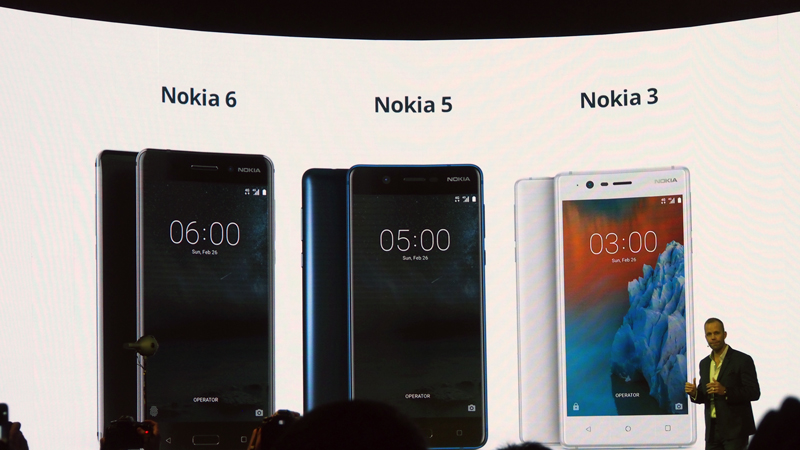 In addition to the relaunch of the iconic Nokia 3310, Finnish brand HMD Global (which owns the Nokia brand) has today also unveiled the Nokia 6, Nokia 5, and Nokia 3 smartphones. They all run “pure” Android (which means they’ll be updated frequently, be it OS updates or monthly security updates) and supports the Google Assistant. Launched in China early this year, the just-announced Nokia 6 is basically the global edition of the same phone. Machined with a single solid block of 6000 series aluminium, the Nokia 6 sports a 5.5-inch full HD IPS display (protected by 2.5D Gorilla Glass) and a home button-embedded fingerprint scanner. It’s powered by a Qualcomm Snapdragon 430 octa-core SoC with 3GB RAM and 32GB internal storage (supports expandable storage via a microSD card slot), and packs a 3,000mAh battery. 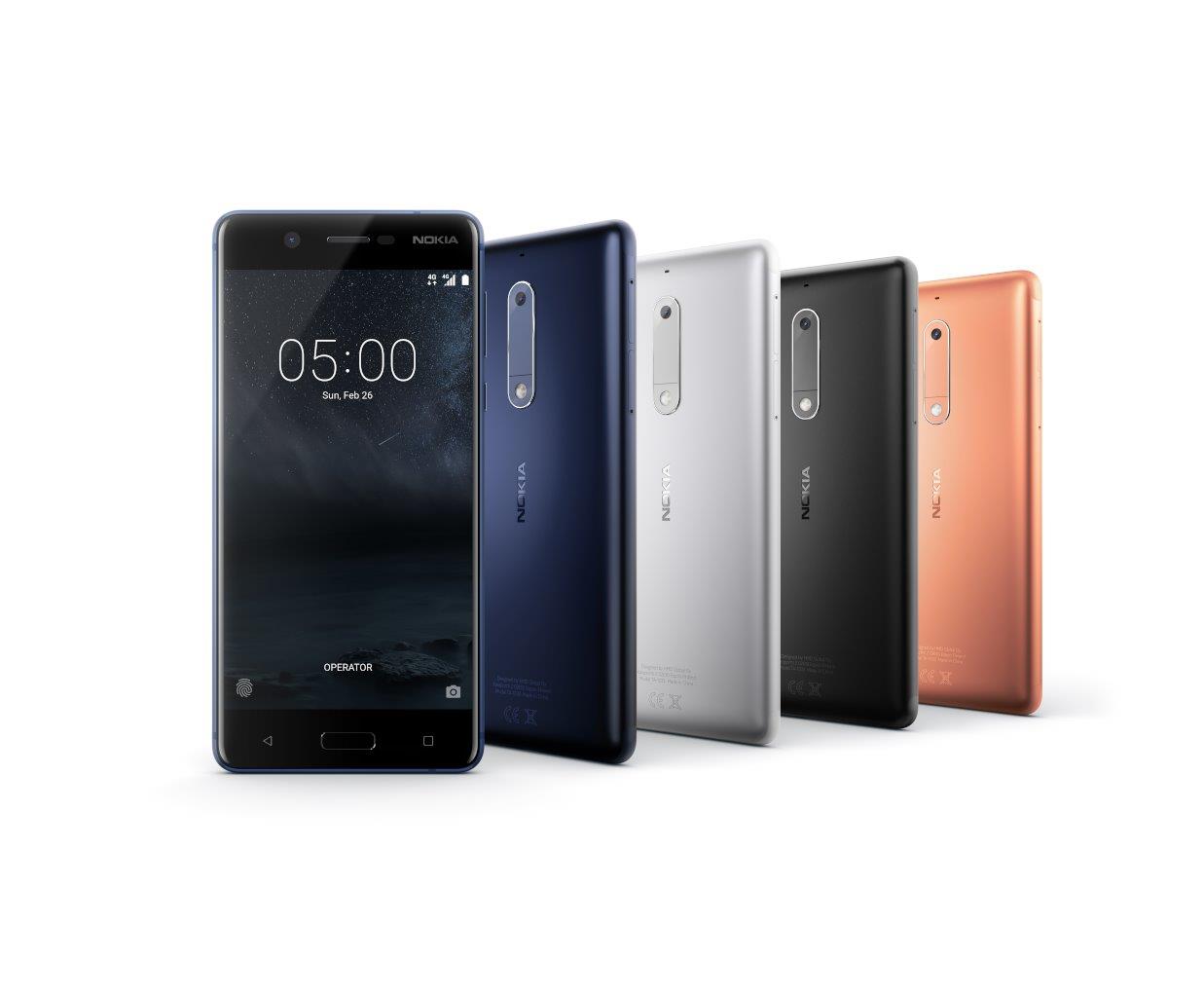 Simply put, the Nokia 5 is a smaller (pared-down?) Nokia 6. Like the 6, it’s made from a single block of 6000 series aluminum; and you won’t find any antenna lines at the back because they are moved to the top and bottom of the phone.

Like the Nokia 6, it’s powered by Qualcomm’s Snapdragon 430 SoC and runs Android 7.1.1 Nougat, though it only has 2GB of RAM and 16GB of internal storage. If the latter isn’t enough, you can expand it with a microSD card. For the display, you get a 5.2-inch 720p IPS panel, once again protected by 2.5D Gorilla Glass.

Camera-wise, the Nokia 5 sports a 13-megapixel, F2.0 rear camera that supports phase-detect autofocus and dual-tone flash, and the same 8MP, F2.0 front-facing selfie camera as the Nokia 6. The phone also has a smart amplifier, but it only has one speaker and doesn’t do Dolby Atmos. 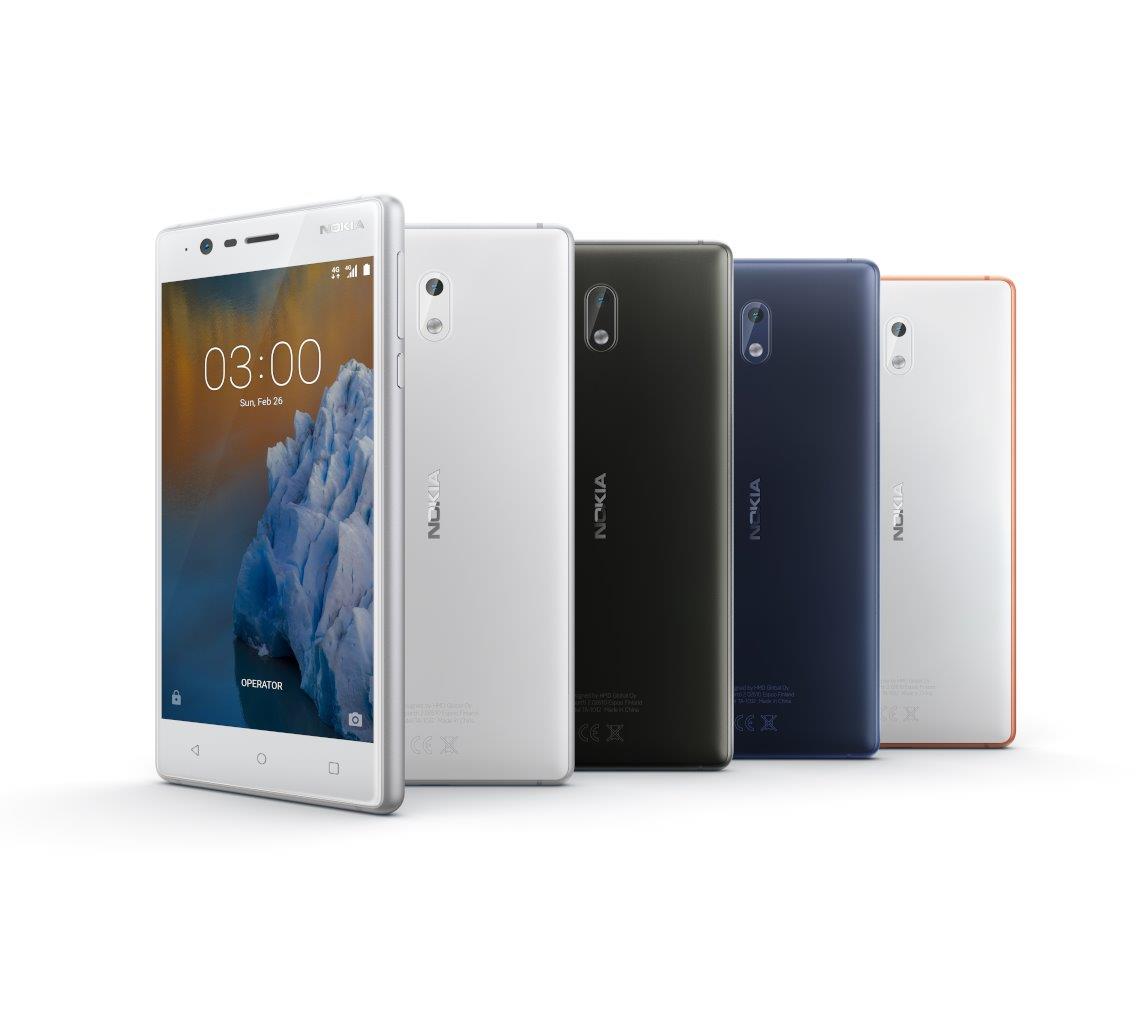 The most entry-level smartphone in the group, the Nokia 3 sports an aluminum frame and has Gorilla Glass laminated to its 5-inch HD display.

Available in silver white, matte black, tempered blue, and copper white, it will retail for EUR 139. Thin, light, and incredibly durable, the 3310, Nokia's best-selling feature phone of all time, is making a comeback boasting a hard-to-match 22 hours of talk time and a month long standby mode. Soon to hit the store shelves for the price of EUR 49, the Nokia 3310 will be available in four tasteful colors: Warm Red and Yellow, both with a glossy finish; and Dark Blue and Grey, both with a matte finish.