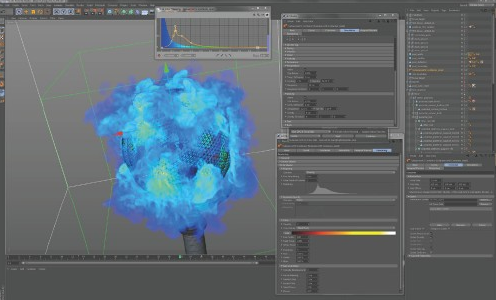 Lightdog Films is a Los Angeles based production company with a background in visual effects for feature films, television, and commercials. Lightdog Films’ founder Marc Leidy has provided VFX for Conan the Barbarian, Dolphin Tale, Glee 3D, and clients including T-Mobile, Starz and Lionsgate, among others.

Leidy relies on Maxon’s Cinema 4D Studio for the core of many VFX tasks. For Gaseous Fluid Simulations, he runs Jawset Computing’s TurbulenceFD plug-in, which is tightly integrated into Cinema4D and accelerated to run on a GPU. Lightdog Films previously used TurbulenceFD on a traditional VFX workstation with just one GPU handling both simulation and video display tasks. While the TFD plug-in ran significantly faster than it did on the CPU, the dual sim/display tasks carried out by the single GPU would still tie up the entire workstation during simulations thus disrupting overall workflow and creativity.

For “Nothing Safer”, Lightdog Films’ recent in-house developed sci-fi project, Leidy wanted to push beyond his previous smoke and fire simulations work with a sequence involving multiple “canons” firing streams of super-heated plasma energy at a protective sphere. “Even though working on a single GPU was faster, the whole process was still extremely disruptive,” recalls Leidy. “Our workflow was constantly interrupted, and we could never keep up that creative momentum. Simulation work for film requires multiple iterations and the ability to make changes interactively – but with a single GPU setup you have to wait for the sim to process before you can do anything else. This limited everything, forcing us to work with lower resolution volumes and models. We loved the possibilities of GPU acceleration but there were significant constraints.”

Working with low-resolution models and textures allowed Leidy to work interactively, but at the expense of image resolution and accuracy. Only after extensive testing could Leidy finally render in high-resolution, and then his system would be completely unusable while the GPU was locked up in compute tasks. Last-minute tweaks were often not possible.

Lightdog Films adopted NVIDIA Maximus technology to get around this disruptive and time-consuming bottleneck. Utilizing a dual-GPU configuration of a Quadro K5000 and a Tesla K20, Maximus lets one GPU process graphics while the second GPU handles computing tasks – thus offering the desired GPU acceleration without any workflow or performance disruptions.

Lightdog Films saw an immediate difference upon adopting Maximus, which instantly revolutionized their workflow. “The most significant difference is that I can process my simulations and keep working on the machine, because each board handles different tasks and it just frees everything up,” explained Leidy. “That shot with the guns firing super-heated plasma: before, I needed all hands on deck trying endlessly to complete this shot. Now with Maximus it’s just me, on just one system, and the elements are done in mere minutes. It’s very exciting.”

“I can’t overstate how much Maximus changed our workflow,” continued Leidy. “Before if we were working on something like smoke elements, it was a very time consuming process where you had to allow for a lot of delay between iterations, and if you made a mistake you had to start from scratch. Now with Maximus and the added GPU acceleration from Jawset’s TFD, we can work interactively. Shots that simply weren’t feasible before, I can now easily complete in-house. Maximus is like having two workstations in one. The flexibility lets me try things that I never dared to try before.” 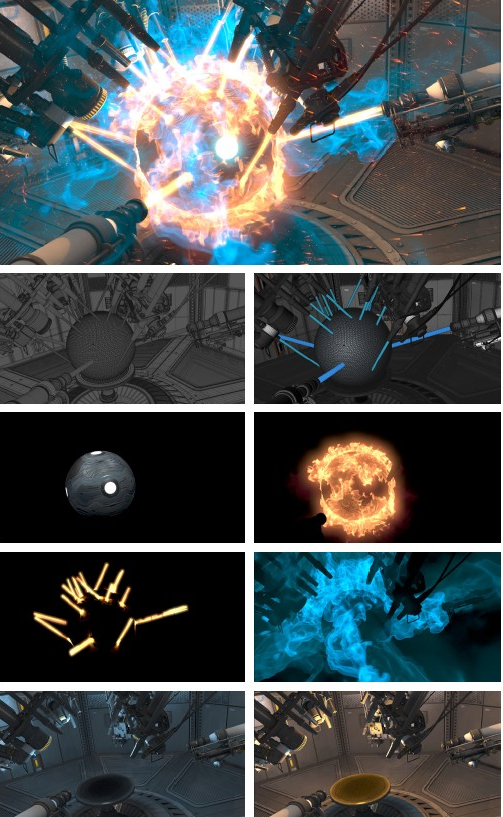 As Maximus revolutionized Lightdog Films’ workflow, it improved the amount and quality of work that they can deliver to clients. “When we take on outside commercial work, we essentially bill as freelancers rather than at a fixed rate,” said Leidy. “Maximus allows us to get work done much faster, so that offers a twofold benefit: one, our clients are happy because they are getting a much better dollar per hour value by hiring Lightdog Films, and two, we are able to take on more work. So our ROI here is really incredible.”

Maximus also provides other cost-saving benefits for Lightdog. “Part of the cost that I calculate with clients is whether or not we need to depend on their resources, such as render farms,” explained Leidy. “With Maximus, I don’t need to rely as much on any outside render farms – I can do almost everything on my machine. That means I don’t need to tap the clients’ resources, which cuts back on costs for both of us. It also provides opportunities to small shops like ours that just didn’t exist before. We can now develop our own projects and produce compelling visuals that compete with the best that’s out there. Maximus allows us to work without any of the typical hurdles – it’s basically like having an entire render farm in one computer. The performance increases let us work that much faster, that much more intuitively, that much more interactively – we can do things now on a scale that used to be prohibitive.”

Looking ahead, Leidy is excited to leverage Maximus in all areas of his filmmaking pipeline. “Development is where Maximus will really shine, because there’s a lot of coordination involved between the various elements of a shot, and the more detail I can see up front, the better. With the Maximus setup we can do more iterations and we can do them faster. That provides benefits right out of the gate, in the earliest and most critical stages of the VFX cycle, that then continue throughout the entire process.”

Leidy concluded, “The ability to work interactively with something as complex as smoke and fire is incredibly significant. Where I used to work on one or two elements per shot, one or two shots at a time, I can now work on five or six elements per shot, on five or six shots at a time – and I’m still doing it all in less time. I basically have a bigger canvas, and a bigger brush, to tell stories in a more compelling way. With Maximus, the machine isn’t holding me back anymore – the only limit is the limit of my imagination.”