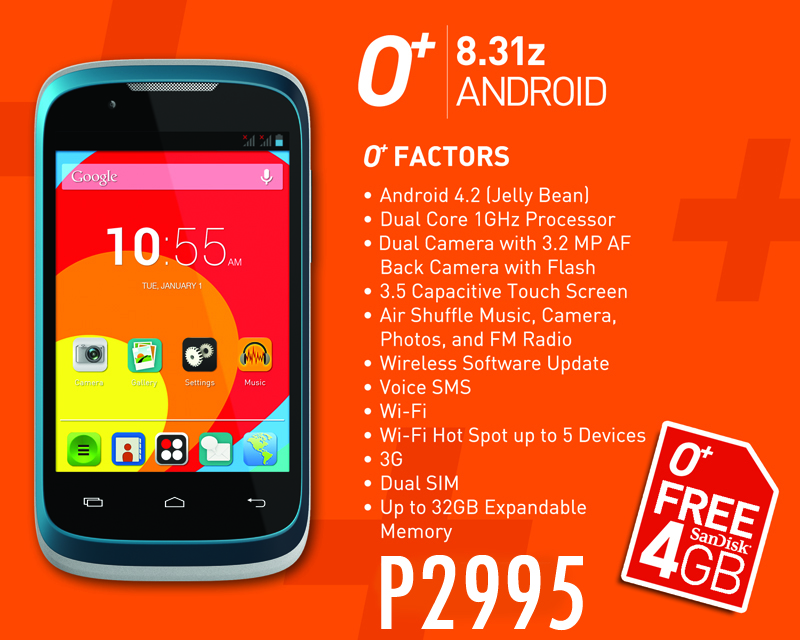 Some common denominators among these handsets include a dual camera system, Android 4.2 (Jelly Bean) OS, dual-SIM feature, and support for up to 32GB microSD and wireless standards like 3G and Wi-Fi. The most affordable offering in the group, the O+ 8.31z comes with a 3.5-inch touchscreen and a 3.2-megapixel autofocus camera with flash. Powered by a 1GHz dual-core processor, the 8.31z costs PhP 2,995.

A notch higher than the 8.31z in terms of price, the O+ 8.36z retails for PhP 3,995. Interestingly, the two handsets have a similar set of specifications. Both devices are bundled with a 4GB SanDisk memory card.