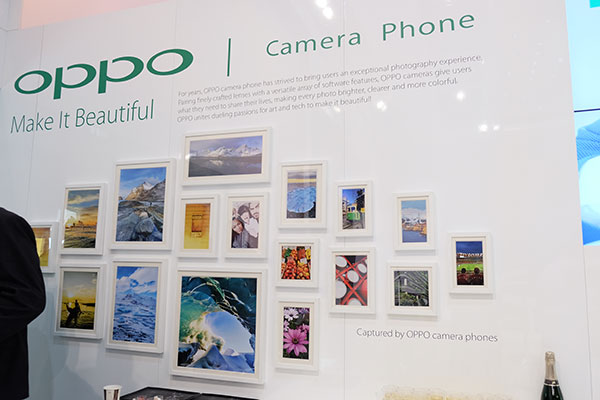 Oppo didn’t have new phones for us at MWC this time, choosing instead to trot out new technologies that offer a glimpse of what its next-generation phones will be capable of. In addition to its ultra-fast Super VOOC charging technology, Oppo also announced its new SmartSensor image stabilization technology, which it claims is the first ever sensor-based image stabilizer for smartphones.

There are two types of optical image stabilization technology – lens-based stabilization and sensor-based stabilization. Both of them differ in their implementation, but they essentially serve the same purpose, which is to stabilize the image projected on the sensor before it is converted into digital information.

Because of the necessity of creating small camera modules that will fit onto the compact body of a smartphone, all previous image stabilization solutions for smartphones have been lens-based. It works by using a motor to shift the lens ever so slightly to compensate for unwanted movements of the camera, but it does this on only two axes of motion and is usually only found on higher-end phones.

However, Oppo’s SmartSensor is capable of image stabilization along three axes, which ensures that users are able to capture better and more consistent photos. Shaking in photography usually takes place on the roll axis – the product of side-to-side movement by shaky hands. It just so happens that the two-axis stabilization on a lens-based solution can only account for the pitch and yaw axis, missing out the crucial roll axis.

But because it is able to compensate for movements along all three axes, Oppo’s SmartSensor can accommodate a far greater range of unwanted motion. In order to do this, it has had to suspend the sensor in a very small space to allow for rotation around the central, or roll, axis – a considerable engineering challenge.

In addition, Oppo has utilized something called micro-electro-mechanical, or MEMS technology, to produce a sensor that is as thin as two sheets of paper. It is also extremely fast, and is able to detect and compensate for camera shake within mere milliseconds. Oppo claims that it requires just 15ms to do its job, whereas a more conventional lens-based sensor would have taken up to 50ms.

The SmartSensor also boasts reduced power consumption and consequently avoids lens heating, which has been known to lower image quality, especially over extended periods of shooting. More conventional lens-based approaches use an electrically-powered voice coil motor that consumes up to 500mW with each shot taken. On the other hand, SmartSensor is a voltage-driven sensor that lowers consumption to just 10mW.

Finally, the SmartSensor is reportedly far more precise than older lens-based solutions. While the latter had a precision of 3 to 5µm, SmartSensor can handle minute vibrations of just 0.3µm.

To put things in perspective, Oppo highlighted that one pixel is about 1µm wide, which means that SmartSensor can make adjustments at scales of less than a third of a pixel.

Unfortunately, we’ve still got quite a while to wait before we’ll be able to put the technology to the test as Oppo says that SmartSensor-equipped phones may only be available at the year’s end.