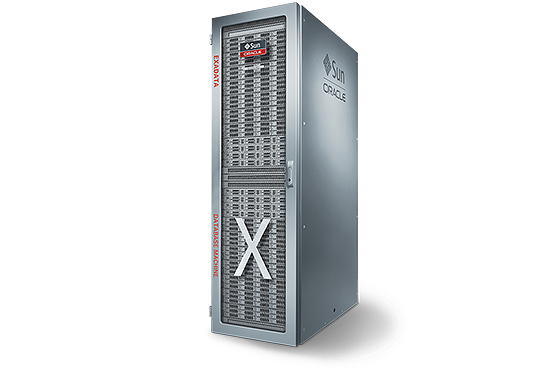 Oracle's Exadata Database Machine X4 features across the board improvements with a focus on improving performance and quality of service for OLTP, Database as a Service, and Data Warehousing.

Performance of OLTP-oriented workloads is greatly accelerated by quadrupling the flash memory capacity through a combination of larger physical flash and ultra high-speed flash compression. A single rack Oracle Exadata now supports 88TB of user data in Flash. This capacity is sufficient to hold the vast majority of OLTP databases entirely in flash memory. Random I/O rates that are critical for OLTP applications have been improved close to 100 percent to 2.66 million 8K database reads and 1.96 million writes, even with full flash compression enabled. The ability to perform compression at millions of I/Os per second breaks the long standing tradeoff between high performance and high efficiency. Data throughput of a single rack Oracle Exadata is 100GBps. The extreme performance and capacity of Oracle Exadata easily allows hundreds of databases to be consolidated in a Database as a Service architecture into a single rack, enabling greatly reduced costs and improved agility.