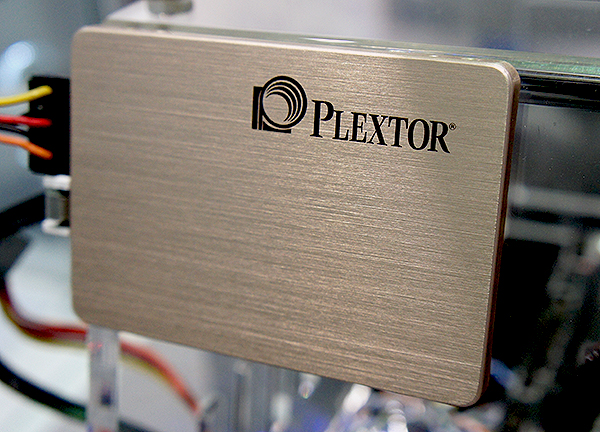 After announcing debuting the first M6 series drives earlier at CeBIT 2014 this year, we all knew it was only a matter of time before Plextor unveiled the range-topping M6 Pro drive and that was exactly what they did at Computex 2014.

Details surrounding the new Plextor M6 Pro is still pretty scarce at this moment, but what we can tell you is that the drive will feature Plextor's new caching technology called PlexTurbo. PlexTurbo will make use of system memory as well as the SSD's DRAM cache to boost speeds and offer PCIe-based SSD levels of performance. If this all sounds familiar to you, it is because Samsung has a similar caching technology in RAPID mode. 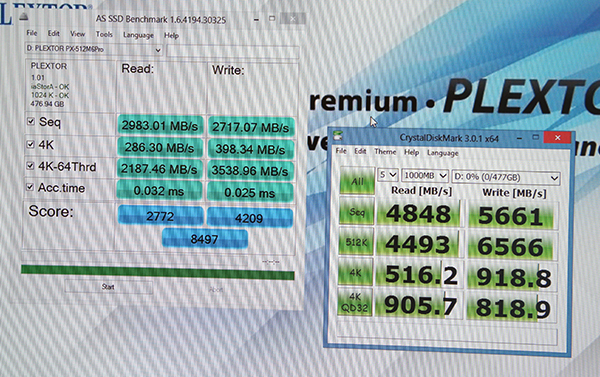 Plextor had demo systems running AS SSD and CrystalDiskMark and the results from the Plextor M6 Pro with PlexTurbo caching technology enabled look promising. Sequential read and write speeds were well in excess of 2GB/s. 4k, 64 queue-depth results on AS SSD was also blazing quick.

The new M6 Pro is also the first drives to pass Plextor's own Zero-Error Standard testing, which means at least 400 units have survived a whopping 1008 hours of testing.

Local availability and pricing have yet to be confirmed, but rest assured we will be sharing these details as soon as we get them.