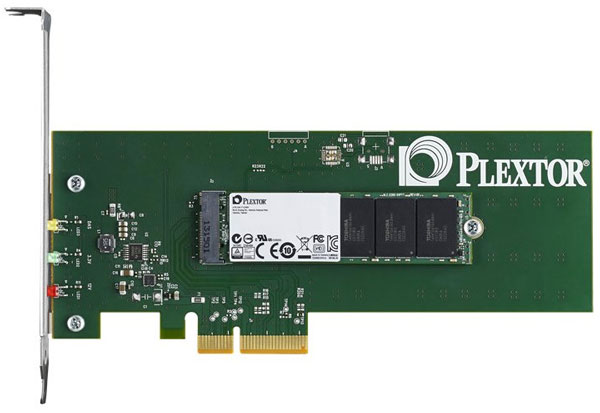 Modern SSDs very blazing fast, so fast in fact that the standard SATA 6Gbps interface is now the limiting factor. To extract even more performance, enthusiasts and hardcore gamers have turned to PCIe SSDs which make use of the higher bandwidth PCIe interface.

The latest PCIe SSD to be released is the Plextor M6e, which was first seen just weeks ago at CES 2014. Plextor's M6e product manager Zhang Yaping said, "Plextor has built a close relationship with the gaming community so it is natural that we're the first to provide an SSD that meets their specific needs."

Apart from using high-end Toshiba Toggle-Mode NAND, the M6e is also one of the first consumer SSDs to make use of Marvell's new multi-core server-grade 88SS9183 controller. With it, Plextor claims that the M6e can deliver sequential read and write speeds of  770MBps and 625MBps respectively. Random read and write performance is also claimed to exceed 100k IOPs. The drive has also been thoroughly tested for endurance and has a rated MTBF of 2.4 million hours.