Predator Philippines partners up with ONE Championship

Predator Philippines partners up with ONE Championship 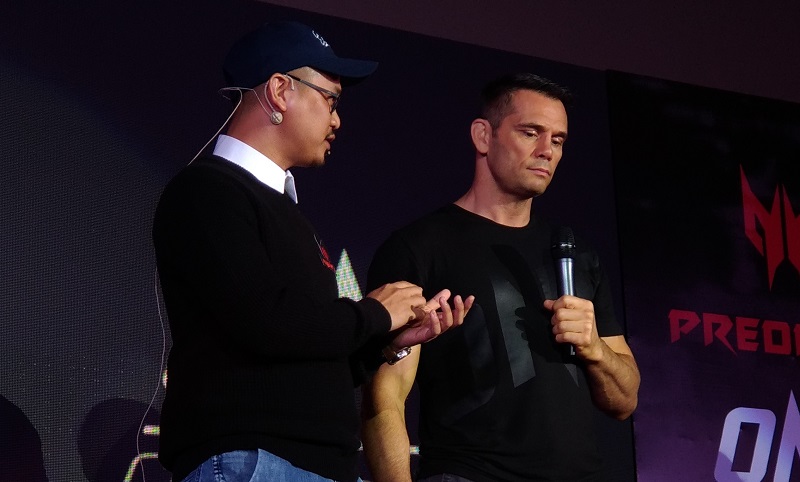 Predator Philippines and ONE Championship has joined forces to bring the gaming scene in the Philippines to new heights. Held at TNC’s High Grounds cafe, the two brands formally announced their partnership as well as challenged local gamers to prepare for modern combat.

“Gaming is much more than cool graphics and great sound effects – it’s about every gamer transforming into their characters and conquering new worlds in any galaxy and in any battle,” said Ray Gozon, Predator Philippines Senior Marketing Manager. “Serious gamers have intense skill, focus, and fury if they are to destroy their enemies. This is why ONE Championship is the perfect partner for us – ONE Championship fights and fighters embody the intensity that our gamers experience on Predator machines.”

Bringing the experience of combat to life are ONE Heavyweight World Champion Brandon “The Truth” Vera and ONE Championship VP & MMA Legend Rich “Ace” Franklin with a real-world demonstration of the basics of MMA fighting. Aside from their fighting prowess, the two are also well-adept at playing games as shown at their Overwatch match with the media.

“Our objective is to create as much excitement and public exposure for our partners as ONE Championship continues to extend the boundaries of mixed martial arts (MMA) in Asia by maximizing our reach to fans of the sport. The growth of MMA is one of the key elements in helping our partners gain endless opportunities,” said ONE Championship CEO, Victor Cui. “We are thrilled to be in partnership with Predator this year as ONE Championship brings its unique brand of MMA action to an MMA-adulating country like the Philippines for the tenth time. 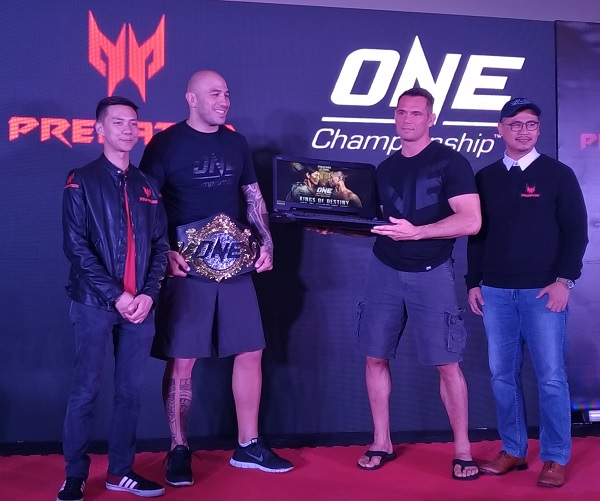 Present at the event was Acer’s flagship Predator 21 X gaming laptop. Equipped with two NVIDIA GeForce GTX 1080s in SLI, an i7-7700HQ, and a 21-inch curved screen with G-SYNC, it aims to completely immerse gamers in the action. It’s audio capability also adds to the immersion by providing HiFi quality sound. Input options have been taken care of as well with a Chery MX keyboard for advanced controls with PredatorSense. Acer states that the 21 X is the ultimate weapon to annihilate any opponent.

As an official partner of ONE: KINGS OF DESTINY on April 21st, the winner between Kevin Belingon vs Toni Tauru will be presented with his own Acer Predator 21 X to conquer the digital battlefield.