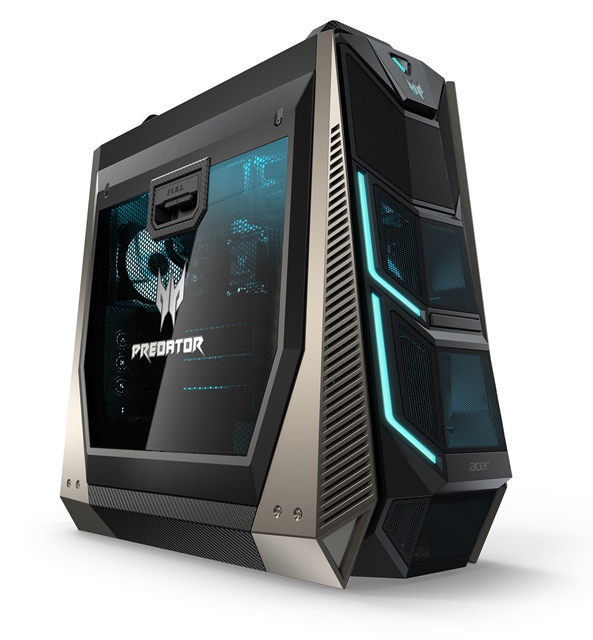 Acer has expanded its gaming arsenal equipped with incredible cooling technology as the tech giant rolled out its Predator-branded powerful PCs, among which that were introduced is the Predator Orion 9000.

The Predator Orion 9000 boasts a 4-way AMD Radeon RX Vega graphics together with an Intel Core i9 Extreme Edition processor (18 cores and 36 threads), making it an extreme platform for gaming and content creation. It also features a black-and-silver spacecraft-like exterior with customizable RGB lighting along the sides of the front bezel, and a massive side window panel that flaunts the striking and powerful interior with a design that keeps its electromagnetic interference (EMI) levels in check despite the size of the opening.

The desktop system is outfitted with two handles and wheels covered with a carbon fiber pattern that makes it mobile.

“The Predator Orion 9000 is the most powerful PC we’ve ever made,” said Jeff Lee, General Manager, Stationary Computing, IT Products Business, Acer. “With 4-way graphics and 18-core processors, it is a platform that takes gamers and intense graphic users beyond their dreams.”

Acer’s latest Predator PC features a liquid cooling technology and IceTunnel 2.0 to keep the Predator Orion 9000 cool inside while the game heats up.

IceTunnel 2.0 is an advanced airflow management solution that separates the system into several thermal zones, each with an individual airflow to expel heat. Its huge metal mesh panels on the front and top sections allow more cold air in and the rising hot air of the liquid-cooled CPU out, while up to five 120mm fans in the front, top, and back channel cool air through the chassis.

Acer also raised the bar with the capability to support up to four Radeon RX Vega cards to deliver near-photorealistic imagery with real-time high resolutions in stereo and high-refresh rates.

“We are thrilled that Acer has chosen the AMD Radeon RX Vega graphics card for their highest-performing PC ever made. RX Vega is a perfect complement to the Predator Orion in terms of both beauty and power. A single RX Vega enables ultra-high resolutions and a tear-free, buttery smooth 60 frames per second. And with groundbreaking new features such as the High Bandwidth Cache Controller and Rapid Packed Math, gamers can only expect their system to perform better and better as new titles continue to emerge to take full advantage of them," said Scott Herkelman, VP and General Manager, Gaming, Radeon Technologies Group, AMD.

The Predator Orion 9000 has a powerful processor that offers up to 128GB quad-channel DDR4 memory, and allows the unit to handle compute-intensitive tasks with ease.

“The new Intel Core X-series processor family raises the bar for what’s possible with desktop computing, delivering up to 18 cores and 36 threads for incredible performance and extreme megatasking raw power,” said Anand Srivatsa, General Manager of the Desktop Platform Group, Intel. “This unprecedented level of power is on full display thanks to our strong partnership with Acer on the Predator Orion 900 featuring the Intel Core i9 Extreme Edition processor.”

On top of that, Predator’s latest offering also has a set of ports providing excellent connectivity with two USB 3.1 Gen 2 ports (one Type-C and one Type-A), eight USB 3.1 Gen 1 ports (one Type-C and seven Type-A), and two USB 2.0 ports (Type-A). It also supports a total of three M.2 slots to extend its ability to increase the speed, power, and capabilities of the PC, as well as four PCIe x16 slots that provide ample expansion for video cards.

While the Predator Orion 9000 amassed superior features inside a gaming desktop PC, the Predator X35 is launched with a promise to deliver awe-inspiring visuals. The large monitor sports a screen ratio of 21:9, an immersive 1800R curve, and 3440 x 1440 WQHD resolution, with the best possible contrast quality from NVIDIA G-SYNC, Acer HDR Ultra, and quantum dot technologies.

The Predator X35 is poised to deliver a broader, more deeply-saturated color gamut covering 90% of the DCI-P3 color standard, plus a luminance range that is several times greater than those of traditional dynamic range monitors. It is outfitted with Predator Gameview with eight pre-set display modes defaulted to optimize visuals for different types of action such as Standard, ECO, Graphic, Movie, Action, Racing, and Sports. They can be easily accessed through a hotkey or the On-Screen Display (OSD) menu. Aside from that, gamers can also make their own customized profile and program each mode according to their preferences. 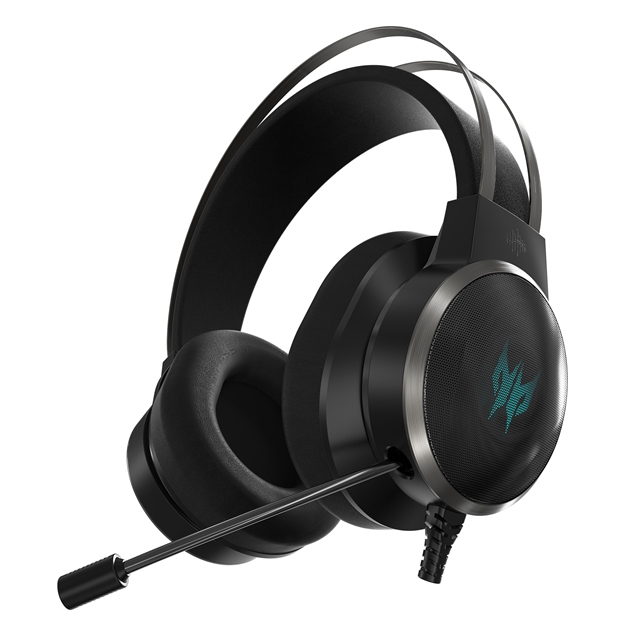 Acer has also launched a series of Predator gadget tools such as the Galea 500 gaming headset which gives you the ability to put you right inside the game with the Acer TrueHarmony 3D Soundscape technology that recreates the acoustic space and delivers the clear highs with resounding lows, plus the ability to respond with quickness and precision on reproducing vocals and mid-high range notes.