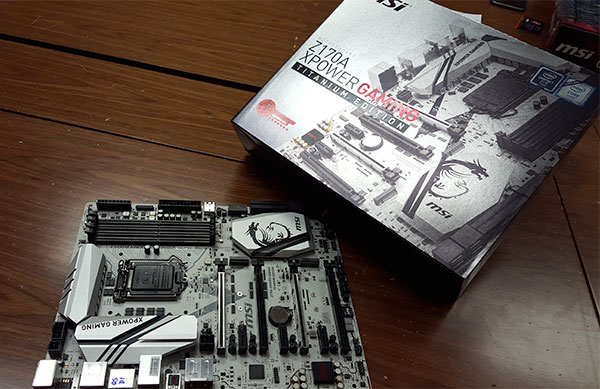 Now that news of motherboards based on Intel’s Z170 chipset are trickling out into the open, we’ve managed to get a quick look at the MSI Z170A XPower Gaming Titanium Edition board.

We were struck by the unique color scheme right off the bat. Instead of the more common black PCB, the PCB on the Z170A XPower Gaming is a titanium-silver color, which explains its name.

The VRM and PCH heatsinks also sport a similar color, and we’ve to say it really helps the board to stand out from the crowd. 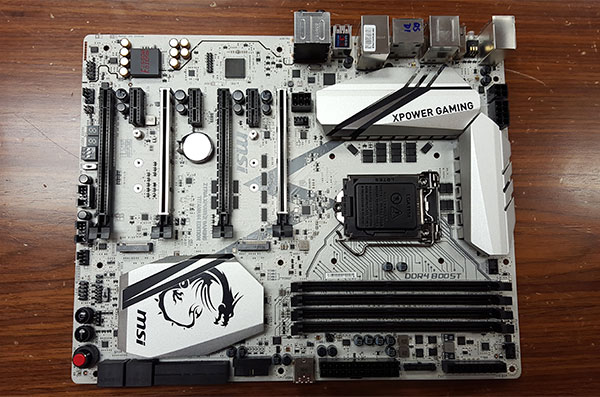 MSI is targeting this board at overclockers, so there are a couple of dedicated overclocking features to make things easier for enthusiasts.

For instance, there is an OC Dashboard panel that features dedicated buttons for easier overclocking. Instead of entering the BIOS to tweak the settings, users will be able to control their overclock via the Dashboard. From the looks of it, it’s especially suited for use in a test bench setup as we can’t really see users reaching into their PC case just to push the button. 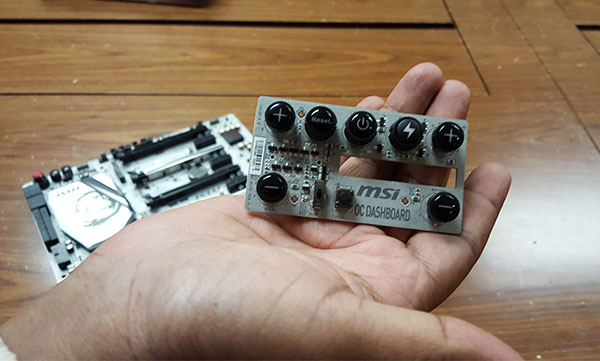 Another new feature is DDR4 Boost, which isolates the memory circuits for a cleaner memory signal. The new Z170 chipset now supports up to 64GB of RAM, so you can really go overboard with your RAM capacity if you wish. 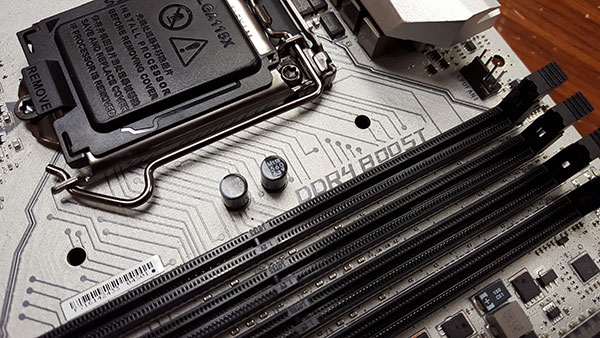 The audio circuitry has also been upgraded to Audio Boost 3, which now features the Nahimic Audio Enhancer technology that was originally used to provide clearer audio communications to fighter pilots. 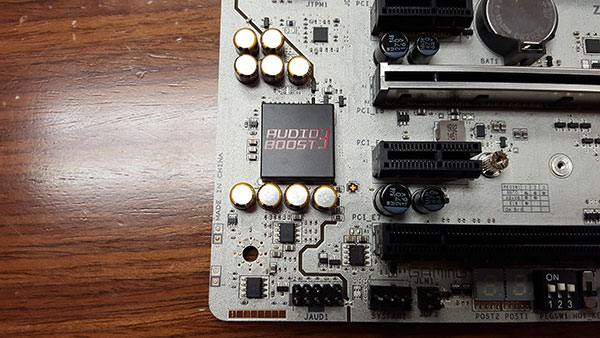 In addition, the new Game Boost knob looks to be quite a nifty new feature. It looks to be an evolution over the previous generation’s OC Genie. But while OC Genie offered one-click overclocking to a fixed preset, the Game Boost knob lets you choose between eight possible settings from 0 (default) to 11. MSI is claiming overclocks up to 5.0GHz, but that will probably depend on your CPU and cooling system.