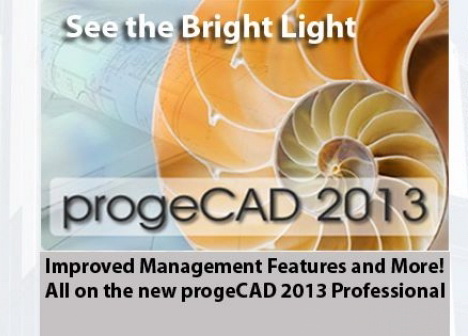 A timely software offering for students and professionals who are upgrading to Windows 8, progeCAD 2013 has been released with out-of-the-box support for the new operating system. progeCAD is an AutoCAD alternative that provides users with AutoCAD-like features such as AutoCAD DWG read/write with no need for conversion. progeCAD’s user interface also features commands and toolbars that are similar to those of AutoCAD. While the latter’s full license costs about US$6,000, progeCAD 2013 is more affordable at around US$400.

Other features of progeCAD 2013 includes:

Interested parties may try progeCAD 2013 in 30 days by downloading it for free at www.progecad.ph/index.php/download-progecad-professional. In the Philippines, progeCAD is exclusively distributed by The Architechy. For inquiries, visit their website at www.progecad.ph and Facebook fan page at www.facebook.com/progecadph.