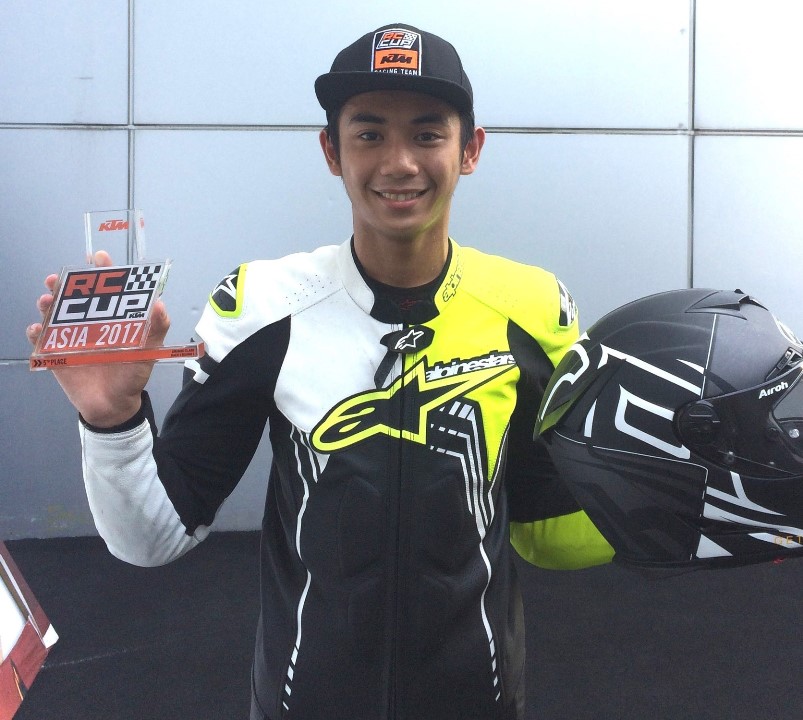 Despite not being able to finish the day-long race, Ralph Kenneth Torres put up a valiant effort to earn a respectable fifth-place finish in Race 2 of the KTM RC390 Cup Asia held at the Sepang International Circuit last July 30.

Torres, the KTM Philippines-sponsored rider managed to snatch the fifth spot at the end of the race despite being unable to finish the first day of the cup due to technical issues involving a flat rear tire.

In his Facebook post following the race, Torres shared “[It was] a tough weekend race for me,” but was still grateful for the outcome.

The competition in the KTM RC390 Cup Asia continues to intensify in Round 3, with racers from Malaysia, China, Japan, and the Philippines competing for completion. At the end of this round saw M. Ikmal Izamli, Ahmad Daniel Haiqal, and M. Ibrahim Mohd Norrodin, all from Malaysia, taking the top slots.

The KTM RC390 Cup Asia is the regional version of one of the most anticipated and exciting international motorcycle racing series that has taken over Europe and America by storm. It started last March and is scheduled to culminate in November, with the next round to be staged on September 15-17.