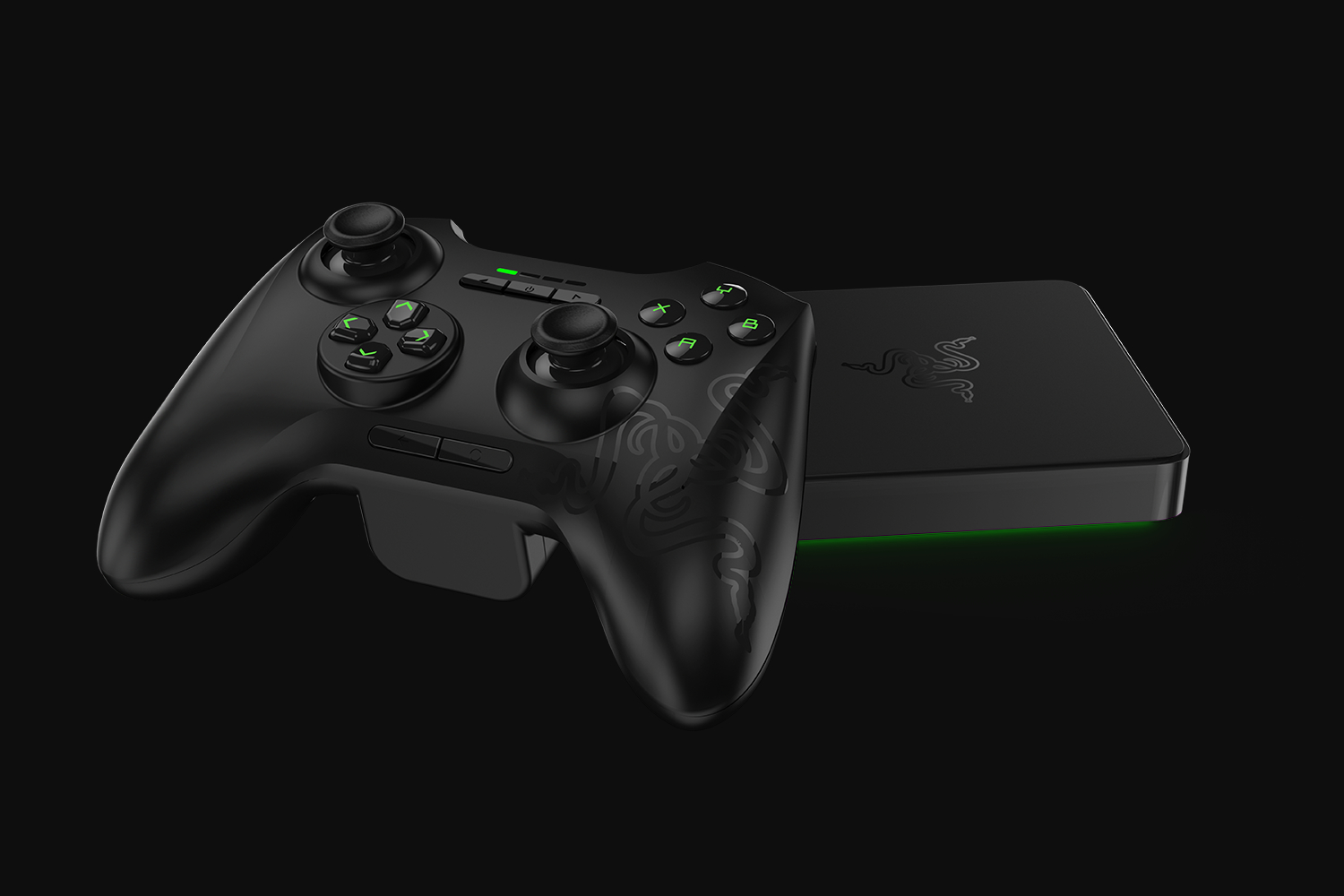 Razer's no longer content to cater to the high end, hardcore gaming crowd anymore. From what they've announced at CES 2015, the company's now poised to enter the microconsole business and try to take a bite out of the casual gaming crowd while they're at it.

The spearhead for this new move? The Razer Forge TV. We've known for awhile now that Razer developing an Android microconsole, but CES 2015 is the first time Razer's unveiled it in public. Like the OUYA or the Amazon Fire TV , the Razer Forge TV will run android apps as well as play the OS' games. It's also Google Cast compatible. There'll also be a companion app that you can download to your smartphone, which turns your phone into a remote that can be used to control the Razer Forge TV.

It doesn't seem to be anything special from the other Android boxes already available, right? Well, you might change your mind when you learn that the Razer Forge TV can stream Steam games. Of course, you need the Razer Cortex: Stream software (which comes free with any of the items mentioned in this article) for that.

The Razer Cortex: Stream software (which will retail for USD$39.99 when released as a standalone) can be used on any Android device running Android 5.0 (Lollipop) or higher. The software works similar to NVIDIA's Gamestream software, except Razer's streaming program can also be used with any graphics card, new or old. Razer claims you can play at 1080p smoothly with little lag while streaming and that the software is intelligent enough to switch resolution of the stream on the fly if there are network hitches (just as the speed lowering). Of course, this is just streaming software, so if a game runs poorly on your PC, it won't magically be performing better when you're streaming it to the Razer Forge TV or smart device.

There's a teeny bit of bad news though. The Razer Cortex: Stream only supports games with DirectX 9 or higher. which means older games like Warcraft 3, Diablo 2 or Aliens vs Predator 2 might not work on the device. Still, that's a small price to pay in the grand scheme of things.

To complement the Razer Forge TV, Razer will also be releasing the Serval. 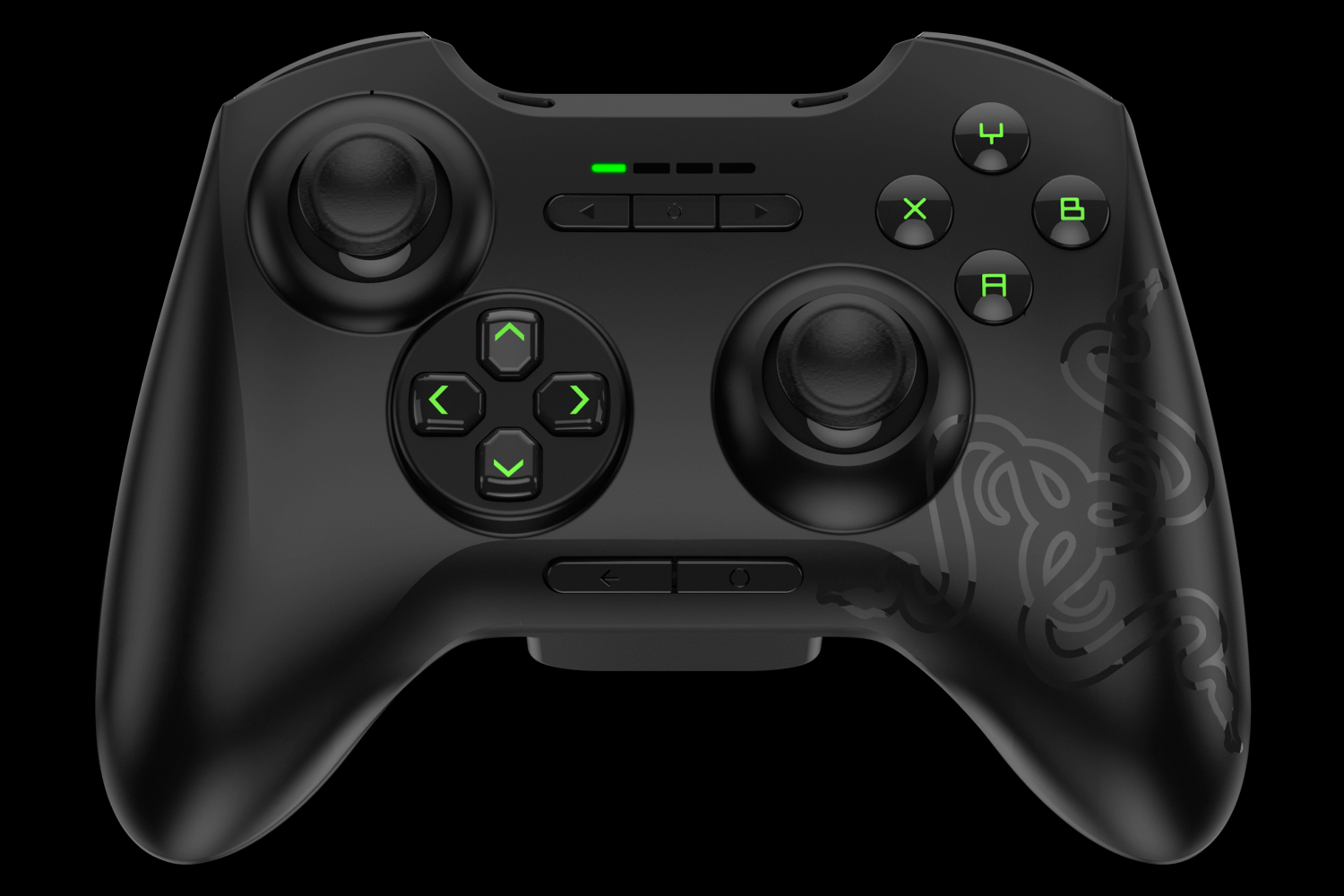 The Razer Serval is a controller that's meant to be used with the Razer Forge TV but is also compatible with other Android devices. It can be used in two ways, wireless mode via Bluetooth 3.0 or wired with a with a micro usb cable. When paired with the Razer Forge TV, up to four Servals can be used at the same time, which lets you play local multiplayer games with no issues. 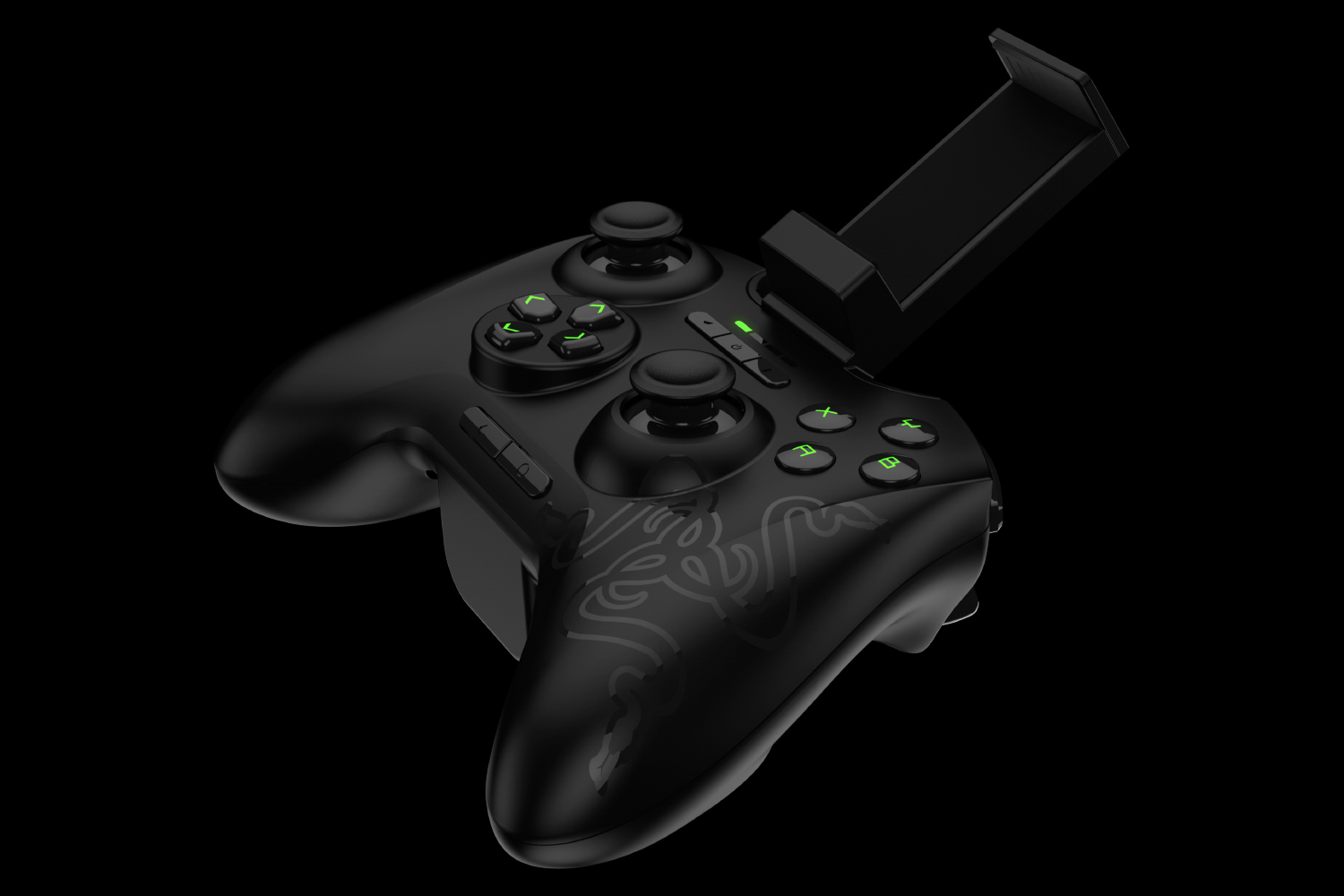 Sadly, like the Razer Forge TV, there also seems to be a downside to the Serval as well. The controller seems to be using the old Xbox 360 style triggers instead of the ultra comfortable Xbox One triggers. 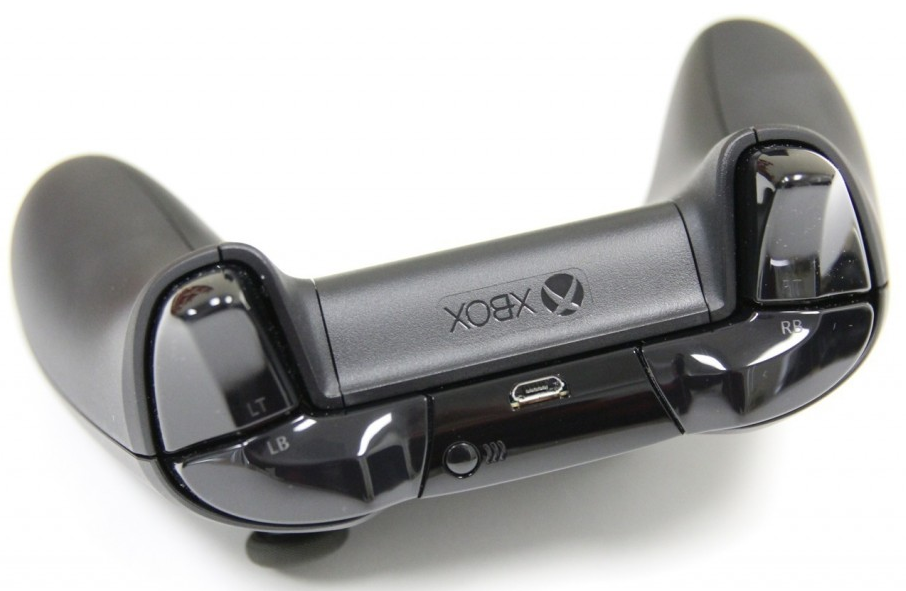 Notice the different trigger designs? The Serval's triggers are curved rectangular blocks, while the Xbox One triggers are thicker and are flared on the outside. If you've never held the Xbox One controller before, know that it makes a whole world of difference when playing a game. The flared nature of the triggers allow your fingers to rest on them, which makes pulling the triggers easier and more comfortable.

What if you hate playing on a controller though? Well, Razer's thought of that as well. In case you're a diehard PC gamer who won't accept a substitute for a keyboard and mouse for gaming, they've also announced the Razer Turret.

The Razer Turret's a wireless keyboard and mouse set. The keyboard is similar to most keyboards found in notebooks or portable ones, like the Microsoft Universal Mobile Keyboard. It features chiclet keys and even has 10 keys anti-ghosting. There are also dedicated buttons for Android functions and one to quick launch the Cortex: Stream app.

The mouse bundled with the keyboard is a 3600 DPI ambidextrous mouse, capable of lasting up to 40 hours of continuous use on a single charge. Both peripherals are wireless only and requires a wireless 2.4 GHz adaptor (included) to use.

Again, like the other products, the Razer Turret also comes with a downfall of its own. In this case, it's integrated mouse pad. While it's fine for right handed uses, it being fixed on the right side on hinges, means that while the mouse may be ambidextrous, the keyboard isn't. That might be a deal breaker for left handed users.

Of course, like most products shown at CES, we don't know if these items will even be coming locally or their pricing. So if you're interested in any of them, it looks like your best bet for now is to get them online.