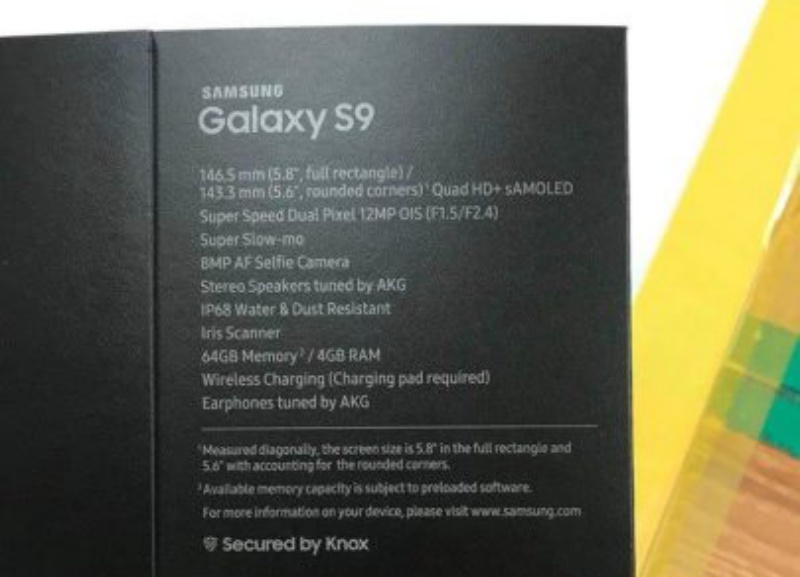 Since Samsung has confirmed that it would be announcing the Galaxy S9 next month, mass production of the phone should have started and this inevitably means more leaks from the supply chain.

A purported retail box of the Galaxy S9 has surfaced on Reddit and reveals most of its specs. In line with a previous rumor, the Galaxy S9 is stated to come with a 5.8-inch Quad HD+ Super AMOLED display. What's more interesting is the new rear camera, which is marketed as "Super Speed Dual Pixel 12MP OIS (F1.5/F2.4)".

The new camera sensor is likely to be from one of the four sub-brands of ISOCELL. It is believed to support variable aperture; f/1.5 will come in handy for low light photography while f/2.4 can be used in normal lighting conditions. The camera sensor is also likely to support 1,000 fps for the "Super Slow-Mo" feature.