RIM Developers Guaranteed $10,000 for Their "Certified" Blackberry 10 Apps in the First Year

RIM Developers Guaranteed $10,000 for Their "Certified" Blackberry 10 Apps in the First Year 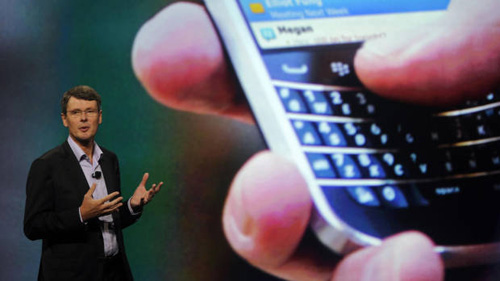 It is said that developer participation in a mobile ecosystem is ultimately what makes or breaks an OS. With this in mind, it is easy to understand why RIM is offering such a huge incentive to developers.

At its Blackberry Jam keynote address in Orlando earlier, RIM announced that it is guaranteeing that developers will make at least $10,000 in sales of their "Certified" Blackberry 10 apps in the first year. If not, RIM themselves will top up the difference.

Of course, you can't just create any random app and expect to pocket $10,000. The keyword here is "Certified" and that means having the app be checked and look through by a third party - essentially some form of quality control. Also, the app must have made at least $1,000 on its own.